Terraria 1.4.4 "Extremely Close" According To Developers 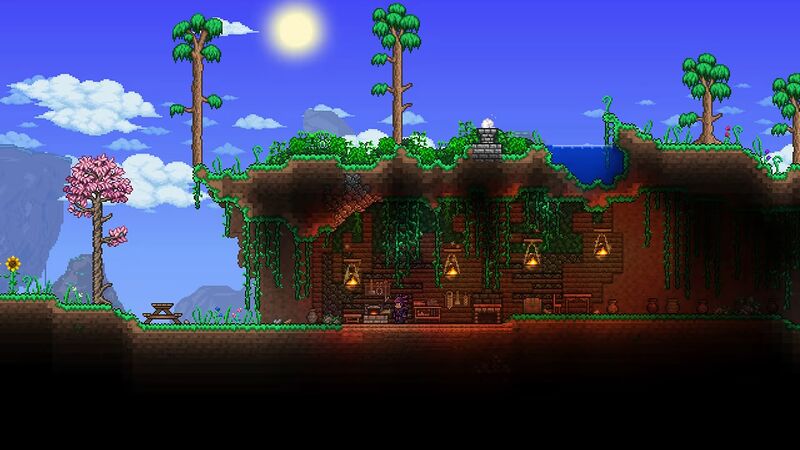 3.2
According to a new development blog, Terraria 1.4.4, called Labor of Love, is “extremely close” to being finished.

Terraria has had many “final updates” and there’s no way of knowing if this will be the final final update but there’s always a chance.

Loki from developer Re-Logic opened the state of the game by speaking about how close they are to shipping the Labor of Love update. Currently, they are “whittling down [their] bugs and tasks lists” as well as implementing a handful of player-suggested ideas.

One of the largest components of the update is the reworked void bag. The current iteration of the void bag has the ability to automatically pick up items when your inventory is full. This is being changed so this feature can be toggled by either opening or closing the void bag using right click.

Crafting materials within the void bag will also be useable without accessing the storage. Similarly, buffs and potions can be placed on quick hotkeys even though they are stored in the void bag rather than the player’s primary inventory. Finally, you’ll be able to favourite items within void bags.

Other upcoming features were previously announced. Firstly, 1.4.4 will be adding gear loadouts, a feature that has been highly requested for a long time. This will allow the player to prepare multiple instantly swappable gear lists to optimise for every situation. Whether you’re fishing or fighting, you’ll be able to seamlessly swap to the appropriate loadout to maximise your potential.

Terraria 1.4.4 is getting a necklace that allows the player to transform into a wolf (via PCGamesN). This item equips in the mount slot and allows the player to run faster than normal and leap much higher. Some items work as normal with wolf mode, with some new animations even being added that show the wolf holding the item in its mouth, while others don’t seem to work at all.

In the closing remarks of the blog post, Loki updates readers on the status of the development team. “Right now, the core focus of the team is the final push to get Labor of Love done to what we have as the vision for the update. Still have that one eye on the future though.”

"Terraria 1.4.4 "Extremely Close" According To Developers" :: Login/Create an Account :: 5 comments

Wow this is really greaT TO SEE

nice to see them getting to it