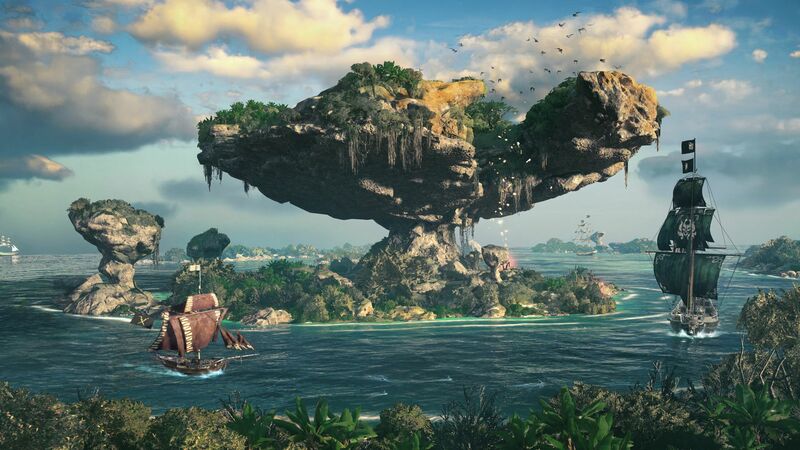 4
Ubisoft has finally re-revealed Skull and Bones, and the frequently delayed and consistently beleaguered pirate game is, at long last, launching later this year. Ahead of that, new details on the game are continuing to come through. In a recent interview with True Achievements, for instance, game director Ryan Barnard talked about what players should expect from the game where its story is concerned.

According to Barnard, Skull and Bones isn’t going to place too much of an emphasis on narrative. While the game does have story elements, Barnard says it’s not a narrative-driven experience, and is instead focused on letting players craft their own adventure.

“Skull and Bones is not a narrative-driven game,” he said. “We have narrative pieces — in the game, you’ll meet important NPCs called Kingpins which have their own stories that you’ll learn as you develop rapport with them by taking on contracts with them. There is an underlying story to the game with which we build the entire world lore, but that’s not the main focus. We want players to create their own stories and be able to choose the type of pirate they want to be.

“That being said, “what drives you through the progression system which we call Infamy, is the fact that you will gain access to blueprints in the game which will give you different types of ships, weapons, and armours, and you’ll need those as you move and explore around the world to be effective against new foes.”

Recent reports have painted a tumultuous picture of Skull and Bones’ development even this close to launch. The game’s own developers have allegedly said that the experience lacks depth, while it’s also been reported that its release is only being pushed because Ubisoft has an existing subsidy agreement with the government of Singapore, where the game has been developed.

Ubisoft has said that it plans on supporting Skull and Bones for years after its launch. Whether the game can sustain itself for that long remains to be seen.

"Skull and Bones Director Says Story is Not the Game’s “Main Focus”" :: Login/Create an Account :: 3 comments

I will be giving this one a miss then

I still can't wait to play this game.

eh that isnt the best of news