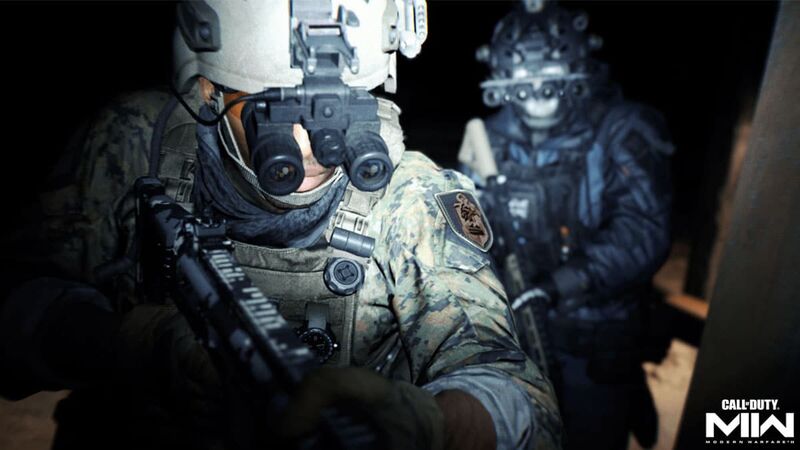 4.3
The first in-game images of Call of Duty: Modern Warfare 2 have been leaked after various NFL players were invited to play an early version of the game.

Scheduled to release on October 28th, Call of Duty: Modern Warfare 2 will be a follow-up to 2019’s reboot of the Modern Warfare series. Alongside a new premium Call of Duty title, Activision has also confirmed that a brand new Warzone experience will be launching shortly afterwards. The new Battle Royale is being dubbed as ‘Warzone 2’, by fans, which promises a brand new, built-from-the-ground-up Warzone experience.

Whilst Call of Duty: Modern Warfare 2 will continue the story of Task Force 141, as well as introduce a brand new Multiplayer experience. Although we’re still over 2 months away from release, various NFL players have been invited to take a sneak peek at the upcoming title, with many of the athletes posting images and footage to their social media accounts.

As showcased in the tweet below (via ModernWarzone), the first in-game image of a Call of Duty: Modern Warfare 2 Multiplayer lobby has been leaked. The image, which has since been deleted from the NFL stars social page, showcases the new UI design of Modern Warfare 2’s lobby screen, in what appears to be a prive lobby.

There doesn’t appear to be much of a change compared to 2019’s Modern Warfare, with the usual settings and options being available. However, what is interesting is the image shows a “game code” option for private lobbies. It’s not clear exactly how this feature works, but it is something that was not available in Modern Warfare 2’s predecessor.

Various other images were also leaked, including a rather blurry picture of the new DMZ mode, which has yet to be confirmed by Infinity Ward but has been rumored before the game was even announced. Leakers such as TheGhostOfHope have revealed numerous details on the mode, stating that it will work in a similar fashion to Escape From Tarkov.

Also seen in the leaked image is what appears to be one of the new Multiplayer maps for Modern Warfare 2, which looks to be set in and around a museum. Further details on Call of Duty: Modern Warfare 2 will be announced at the upcoming Championship Sunday for CDL Champs on August 7th. 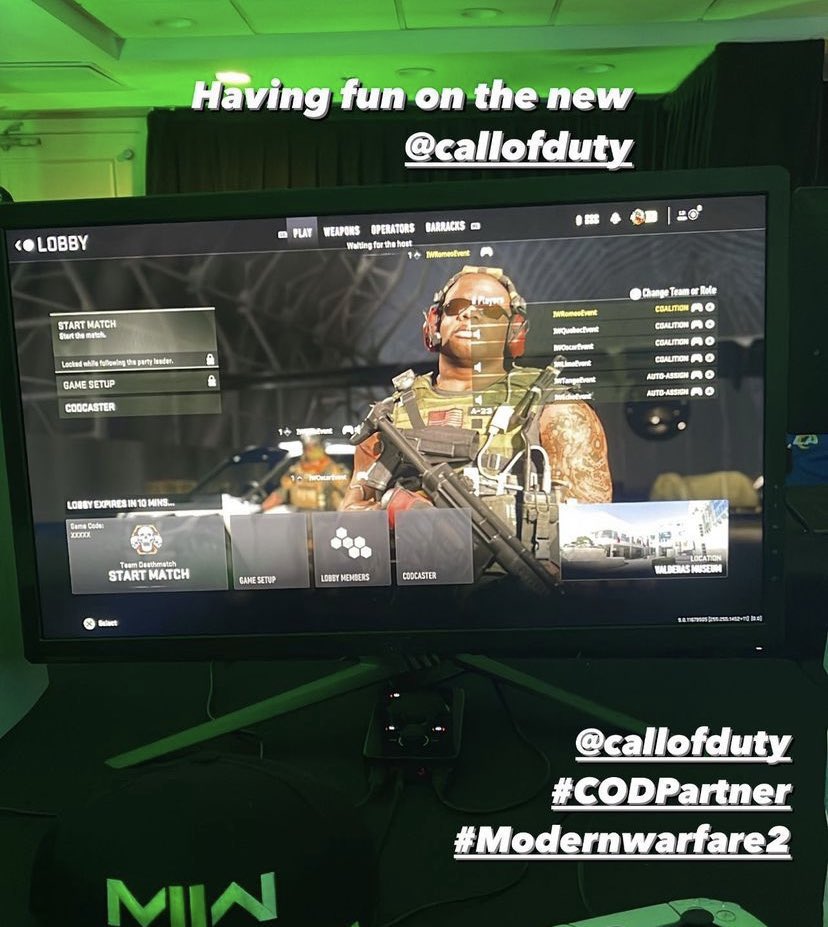 Same copy and paste from the last 3 or 4 titles...
Shame that Activision has to ruin literally everything they get their greedy, money-loving hands on.
Gameplay always comes second to Money when it comes to Activision, and the sooner people realize that, the better.

heard they will probably be changing up a lot of the look before release. They spent most of their time on the gameplay itself supposedly. Hoping this is true

Don't expect to be impressed with anything

tcody92 It's going to be another trash cod lol

lets see how this turns out lol

It's going to be another trash cod lol

Idk I like the look fr ! And somewhat gives me Og Mw vibes for some reason lol