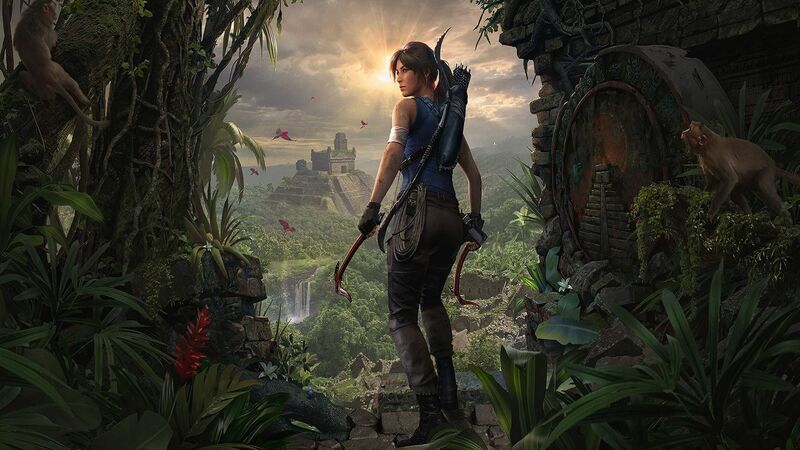 3.8
A few months ago, Crystal Dynamics confirmed that it was working on a brand-new adventure in the long-running Tomb Raider franchise, to be developed using Unreal Engine 5. Besides announcing that the new Tomb Raider game is in development, Crystal Dynamics revealed nothing else about the project. However, more details about the game have since leaked online, including its codename and details about Lara Croft.

This information comes from Colin Moriarty's Sacred Symbols podcast, as reported on by ComicBook. Moriarty is a proven industry insider, but fans should still take the information with a grain of salt until official announcements are made. According to Moriarty's information, the new Tomb Raider game is known internally as Project Jawbreaker, with this information coming from a script that was leaked to him.

In the new Tomb Raider game, Lara Croft is said to be in her mid-30s, with Crystal Dynamics apparently looking to cast someone new in the role. Previously, Lara Croft had been played by Camilla Luddington, who gave critically-acclaimed performances in the Tomb Raider reboot trilogy. It's unknown why Crystal Dynamics would want to cast someone new as Lara, especially considering how well-received Luddington's performance has been.

The new Tomb Raider game is called Project Jawbreaker, an insider leaked me a script actors are quietly using to try out for it, and I made Chris and Dustin read for the roles on a 4+ hour Sacred Symbols: A PlayStation Podcast.


However, the report goes on to describe this version of Lara Croft as being an experienced adventurer "at the top of her game" at this stage in her career, so it's possible the re-casting will be done to differentiate this version of the character from the one depicted in the reboot trilogy. It's unclear if this new Tomb Raider game will indeed have narrative ties to the reboot trilogy at all or if it will be yet another reboot, so fans will have to wait for more information on that front.

Another interesting detail from the leak is that Lara Croft will apparently have a team at her side for this latest adventure, said to be taking place "in a modern-day world rocked by a mysterious cataclysm." Various side characters from previous games in the Tomb Raider reboot trilogy may make good choices for Lara's team in this new game, but that's operating under the assumption that it will pick up where the previous titles left off.

As it stands, all Tomb Raider fans know in an official capacity is that a new game in the series is in development. This leaked information is interesting, but as always, it's best to wait for official word. Hopefully more information on the new Tomb Raider game comes sooner rather than later.

Tomb Raider is in development.

It won't be Tomb Raider without Lara Croft

So they better recast her!!