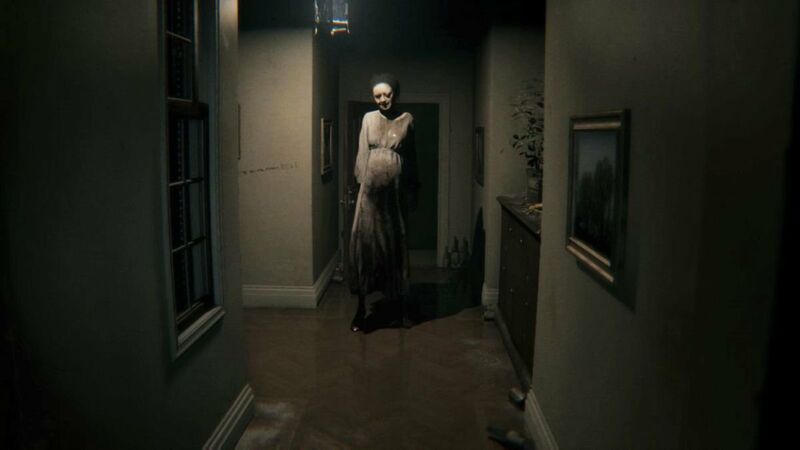 4.3
The playable teaser (P.T) for Konami’s cancelled Silent Hills project has been remade in Halo Infinite’s Forge mode by one dedicated player.

P.T captured the imagination of the gaming world upon its release. Its dark visuals, terrifying antagonist and grim narrative still inspire many to this day, with copycat games popping up online as well as fanart and fan-made content still being created to this day.

One industrious Halo forger named Dark Templer has taken it upon himself to recreate the P.T corridor in Halo Infinite’s Forge mode. The recreation is impressively accurate, which is a testament to the capabilities of Halo’s customisation options. The recreated corridor is complete with the unsettling lighting of P.T and the static baby sobbing noises. Dark Templer spared no effort in his recreation of the now famous corridor. You can watch the video below.

The attention to detail is very impressive, the above is a very faithful recreation of P.T. Dark Templer doesn’t delve into the unsettling bathroom present in the teaser, unfortunately. The corridor also doesn’t loop as it does in the game, but there is potential for that to work in Halo Infinite using cleverly placed teleporters or respawn points.

Death Templer is far from finished with his recreation. In a tweet, he shared that he wants to continue working on it until it prompts a litigious response from Konami, “My ultimate goal is to make PT so well in Forge one day, it prompts a cease and desist from Konami.”

https://t.co/4ZlarNY0RO
My ultimate goal is to make PT so well in Forge one day, it prompts a cease and desist from Konami.


The absence of the terrifying ghost Lisa and the presence of an MA5B assault rifle in your hands does make Dark Templer’s version of P.T noticeably less horrific, but it’s still a neat recreation nonetheless and we’ll be interested to see how far he takes it.

As for the Silent Hill series, there were leaks circulating online of an alleged Silent Hill project a few months back. Konami’s partnership deal with horror developer Bloober Team a few months ago also raised eyebrows but nothing official has been announced as of yet.

Glad someone took the time and created this

wow this is insane would love to check it out

Got to say this looks really cool.

That game is freaky asl. So was F.E.A.R back in the day