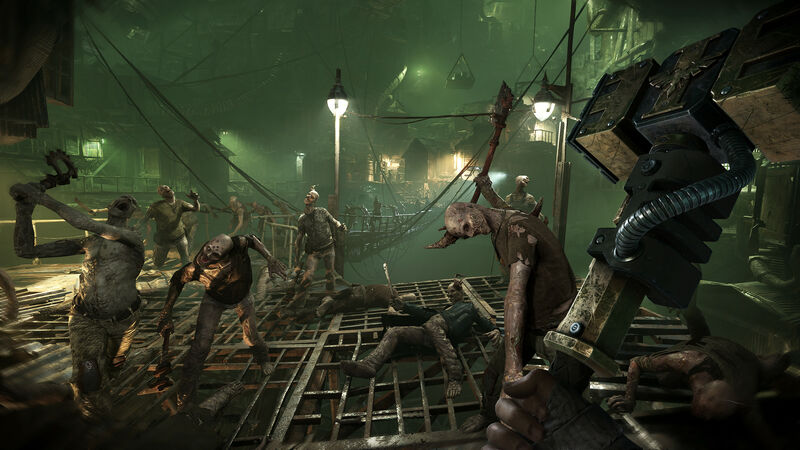 4.5
Warhammer 40,000: Darktide has been delayed once more and will no longer be releasing in September, the creators announced this week. Instead, the game will be launching on November 30th for the PC platform. The Xbox Series X|S releases are still planned, too, but they'll be coming after the PC release with no set launch date at this time. The delay was announced this week on socials with the Fatshark developers saying this extra time spent working on the game will ensure it produces "the best possible game."

After first being announced in 2020, the developers later confirmed around a year ago today that the game would no longer be launching during its projected release window. Instead, it had been pushed to Spring 2022 which ended up being September 13, 2022, actually. Fast-forward to this Thursday and the game's now been pushed just a bit farther out to November 30th for PC players while Xbox users will have to wait for more news.

"Delaying a game is perhaps one of the most difficult decisions a developer faces and one we are not excited about making," the update from the developers said. "Still, we hope this speaks to our commitment to taking the time necessary and doing whatever it takes to get you the best possible game.

"While we have been humbled by the great feedback on the game so far, we also need more time to improve stability, performance, and to mature key systems. Each is critical to making sure we have the best possible experience for you, the players."


Though the game won't be out on time, there is some good news for those who are looking forward to it still. The developers said in the same announcement that it will soon be starting up "series of technical tests and betas" to give people an early look at the game prior to its release. Signup are open for this opportunity now, but signing up doesn't necessarily guarantee admittance.

Warhammer 40,000: Darktide will release for the PC platform on November 30th with an Xbox Series X|S release date to be announced at a later time.

Instead of the delay, just stop making it

this game once had its hype but its long gone

That's okay these games are boring