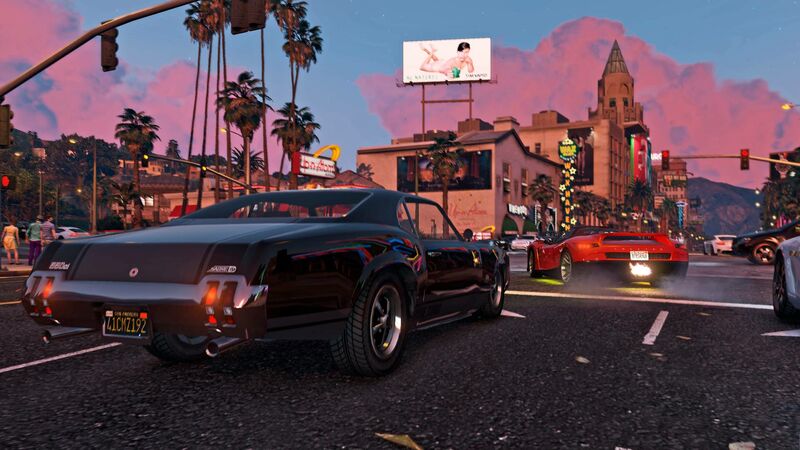 3
GTA Online was once meant to bring back a fan-favorite Grand Theft Auto 4 multiplayer mode that had been highly requested for years, but it was scrapped. Although it's now hard to imagine a world without GTA Online, the foundation for the mode was laid out in a much simpler, more straightforward online mode in Grand Theft Auto 4. Outside of the big story expansion packs, the game's multiplayer didn't feature any significant updates that radically changed the game like GTA Online does, but it was a lot of fun. It gave people the chance to roam around a city and cause chaos. There were no apartments, no owned vehicles, no bank accounts, or even personal weapons. It was just a haven for murder and carjackings. With that said, there were also PVP modes such as a mode known as Cops 'n' Crooks. The mode had two teams, one team of criminals, and one with cops, making it the only way to play as a police officer in the game.

The mode was highly requested for GTA Online, especially with all of the sweeping changes made between Grand Theft Auto 4 and Grand Theft Auto 5. According to an article from Bloomberg which also offered new details on Grand Theft Auto 6, Rockstar Games was reportedly planning to release a new version of Cops 'n' Crooks for GTA Online, but it was shelved in 2020 after a police officer killed George Floyd. The mode was put on ice as senior executives at the company were concerned at how the mode would be interpreted amidst protests against the American police. According to the new report, Rockstar still hasn't made any plans to revive the mode.

Rockstar Games just released a brand new update for GTA Online where players can become an honorary IAA (a fictionalized version of the CIA) agent of sorts in order to uncover a criminal conspiracy. It's not terribly dissimilar to some of the missions in the game's story where the likes of Michael and Trevor have to work with the FIB to do unsavory things. Whether or not Cops 'n' Crooks will ever make a return remains to be seen.

Everyone would have loved this to be added.

This would have been a good addition for the players

dang that woulda been fun, I loved gta 4 and the story