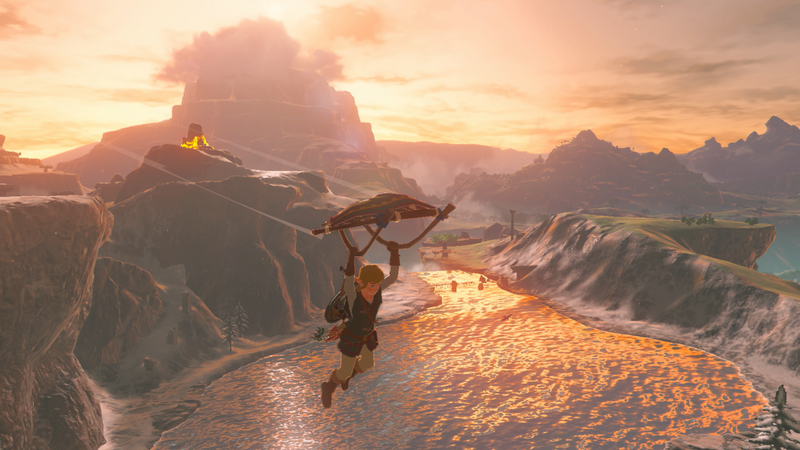 3.5
Back in 2017, The Legend of Zelda: Breath of the Wild was released on the Nintendo Wii U and the Nintendo Switch. The game received near-universal critical praise obtaining several perfect review scores from various media outlets and currently holds a 97/100 Metacritic rating. A sequel is currently in development but fans are finding new ways to keep the Breath of the Wild alive.

Since The Legend of Zelda: The Breath of The Wild 2 was revealed fans have been wondering what is in store for Link and Zelda. Currently, the game does not have an official release date, and it's not clear if it will have any multiplayer elements to it. However, regardless of what decision is made for the sequel, gamers won't have to wait very long to play together in Hyrule. Last month it was revealed that a new mod for The Legend of Zelda: Breath of the Wild was in development. Specifically, the mod allows players to have some company in the vast open world.

The new multiplayer mod for Breath of the Wild is currently set to be released on July 29th. As it turns out, however, the developers has one more surprise in store for Breath of the Wild fans. In addition to the online play, it has been revealed that the new mod will also allow gamers to play the game in split-screen mode; a mode in modern games that has become increasingly rare.

Multiplayer mods like this are becoming increasingly common. Lard, single-player open-world games are, in themselves, incredibly enjoyable but some gamers have longed for the ability to play with their friends in these enormous settings. Recently the Skyrim Together Mod was released and had over 50,000 downloads in under 24 hours. It goes to show that the audience base for such modes is out there and the modders are filling in the space that the developers have left open.

The downside to all of this is that officially mods like these have no support from the original developers or publishers like Nintendo or Bethesda. As a result, mods like the Breath of the Wild multiplayer one are prone to bugs. Glitches are common in huge open-world games, but can sometimes result in something glorious. One gamer, for example, found a new fully playable area in Breath of the Wild by accident, but bugs are can often be a source of frustration as well. However, it was stated that the split screen mod is still in a beta version and will be updated in the future.

The Legend of Zelda: Breath of the Wild is now available on Wii U and Nintendo Switch.

Agreed. Back in the days especially split screen was the best.

Splitscreen was always the best in games, especially MP