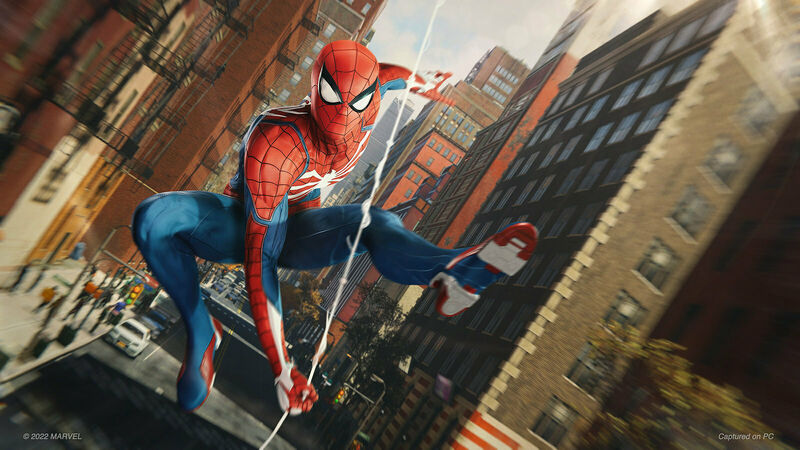 5
The Marvel’s Spider-Man Remastered system requirements have arrived ahead of the game’s August release date, and developers Insomniac Games and Nixxes Software have also revealed some of its exclusive graphical features. You can expect higher quality ray traced reflections than those found on the PlayStation 5 version, in addition to support for Nvidia DLSS and more.

Nvidia DLAA will also be supported, for those who want to use the extra horsepower of their GeForce RTX graphics card to further increase the game’s image quality. Unfortunately, it doesn’t appear as though AMD FSR will make an appearance in the webhead’s PC debut. 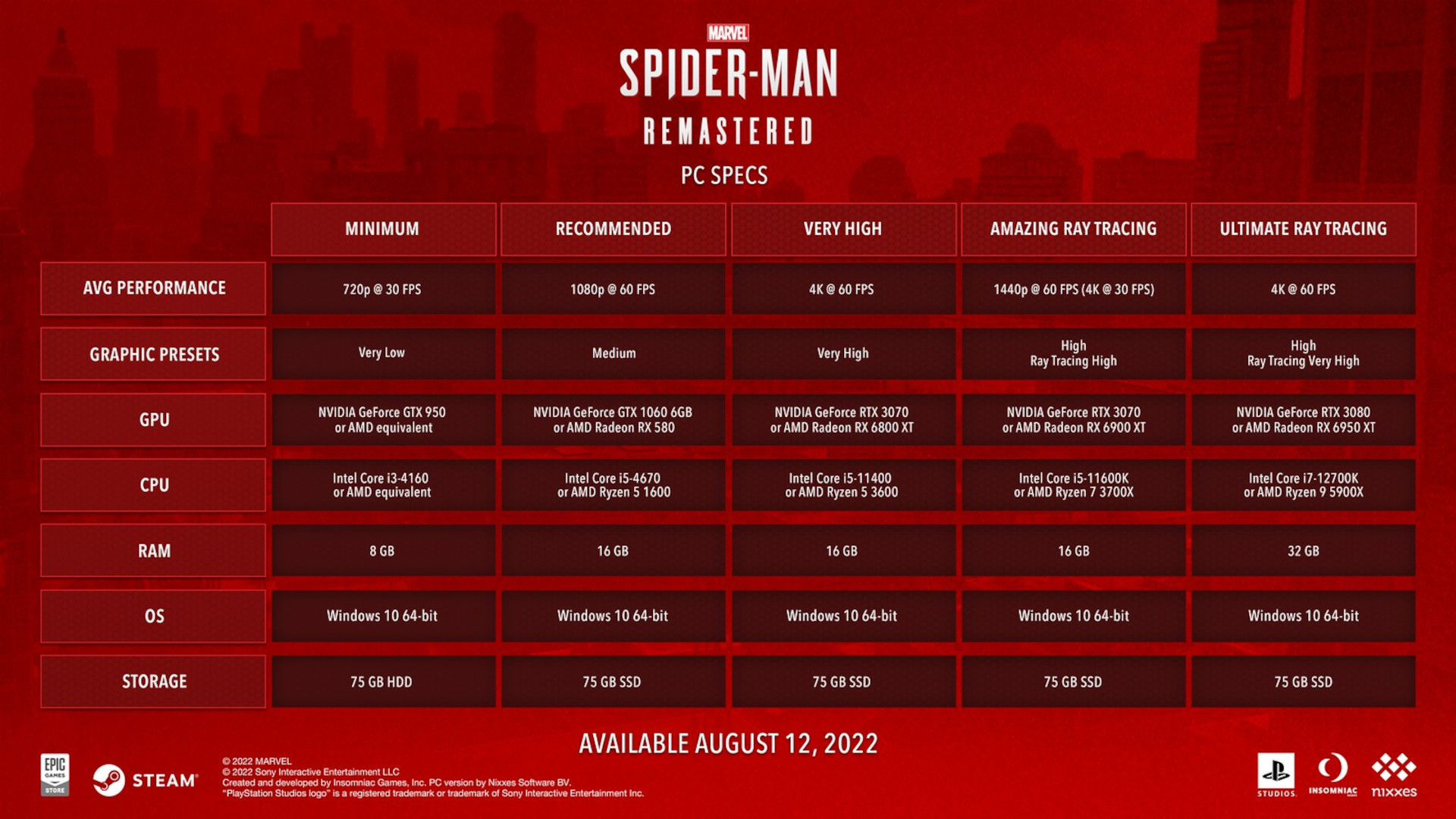 Mouse and keyboard support is also confirmed, with fully customisable control schemes. Meanwhile, those of you with a DualSense controller can expect support for adaptive trigger feedback and haptic response. The game will also support the best gaming monitors with ultrawide resolutions, specifically those with 21:9 and 32:9 aspect ratios.

Even the minimum requirements are pretty decent

This game is so damn good. Sweet they brought it to Pc as wel. Can't wait for the 2nd one !