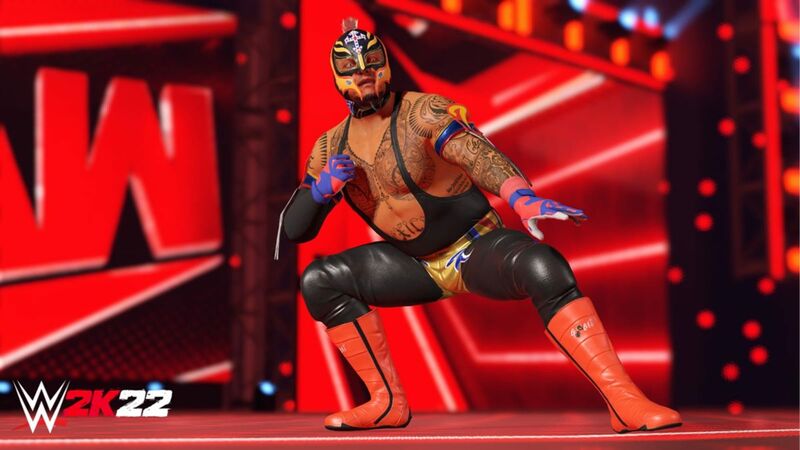 3.5
Without warning, 2K has removed the majority of WWE games available on Steam from sale, along with all their DLC. Prior owners can still access the games, but anyone wanting to buy the games on Steam will have to hunt down a key from a third party seller while they're still available.

According to Steam-Tracker.com(, WWE 2K17, 18, 19, and 20 were all removed from sale on Steam around July 13. Because 2K made no attempt to announce or publicise the delistings, it was only when a curious Reddit user tried and failed to find the older games on Steam that their removal came to light.

The delistings mean that the only 2K WWE games currently available for purchase on Steam are this year's WWE 2K22 and the little-loved arcade wrestler WWE Battlegrounds. The good news is that WWE 2K22 was actually well-liked, while the games that preceded it ranged from 'mediocre' to 'a waking nightmare', so it could be that 2K have done everyone a favour by making sure no one picks up the older titles by accident.

Games disappear from sale on digital storefronts with unpleasant regularity, and it's often due to a licence agreement expiring. Alan Wake and Alpha Protocol are both games that have been yanked from sale on Steam due to expiring music rights, for example, while Metal Gear Solid 2 got pulled from GOG because of licensing issues around historical footage. It's not unlikely that something similar has happened with the older WWE games.

2K hasn't yet said anything about the delistings, but I've reached out to the company for comment and will update if there's a response.

It is, to say the least, a big time for the WWE. The company's long-reigning boss, Vince McMahon, recently announced that he's standing down as head of the organisation amid a host of sexual misconduct allegations. In game news, the company has plans to branch out into new genres on the back of the critical and commercial success of WWE 2K22. Considering all that, it might be the case that the WWE and its partners have more pressing matters on their hands than getting some unloved older titles back on sale on digital stores.

"2K has quietly delisted almost all of the WWE games on Steam" :: Login/Create an Account :: 3 comments

I haven't played a game like that this Since Xbox 360 days.