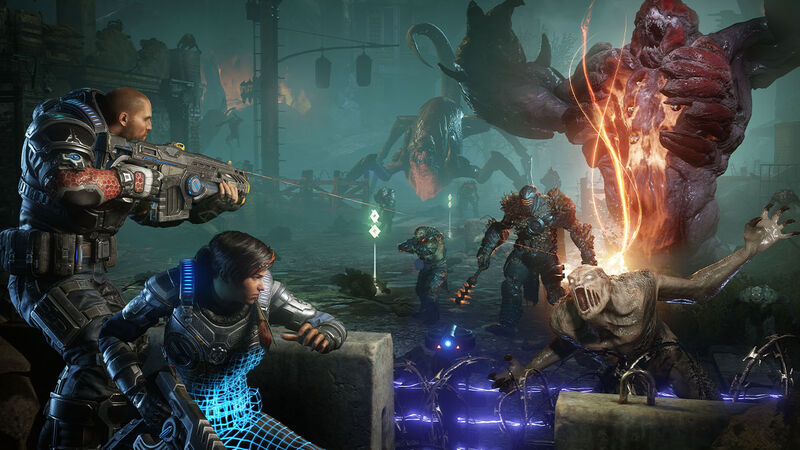 4.5
A new update out of The Coalition isn't the update Gears of War or Xbox fans wanted to hear. Right now, the expectation is that the studio is working on the next Gears of War game, likely called Gears 6. Why is this the expectation? Well, because, since its birth, it's only made Gears of War games. And when you consider the IP is one of Xbox's biggest, you'd expect this work to continue. To this end, many have taken a new job listing to mean the game is nowhere near release.

The job listing in question is for a Lead Misson Designer. This is a pretty prominent role in a studio, so this job listing means one of two things. One, the game is in the early stages of development and the studio is bulking up for development. This would be bad news for fans of the series as it would confirm the game is nowhere near release. Of course, development of every game is different, and there are so many variables, but if this is true it likely would mean the game is roughly three years out.

The alternative is the studio recently lost its Lead Mission Designer and is now having to find a new one during development. This wouldn't be ideal either. Of course, there are other explanations, and no guarantee this is even for Gears of War 6, however, these other possibilities are seemingly less likely. And for what it's worth, the job listing mentions "forging the future of the IP" after name-dropping Gears of War and noting the studio is the official home of the series. In other words, it seems to be Gears of War related, though perhaps it won't be Gears of War 6.

"The Coalition is seeking an inspiring, highly motivated Mission Design Lead with a proven track record of delivering highly engaging, high-quality campaign experiences in games," reads the job listing. "In this position you will work with the Campaign Director and the Level Design Team to design the campaign experience, its pacing, its rewards, and the features that surround it. You will be expected to lead the Level Design team and set their priorities, partner with and guide other members of the Design Team, the Level Art Team, programmers, and other design disciplines to help make the design vision set out by design direction a reality."

At the moment of publishing, none of the implicated parties have commented on the job listing and the speculation it has created. If this changes, we will be sure to update the story accordingly.

Of course it's not the update fans wanted.

It never is what the players want LMAO

Yeah because the last two were trash