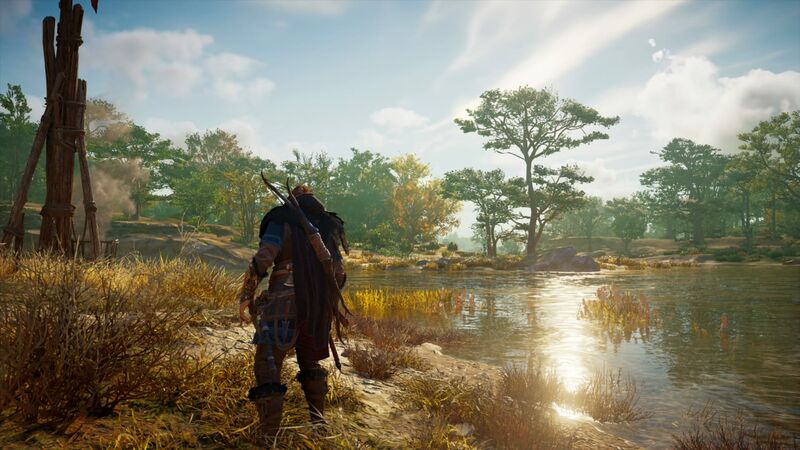 4.5
According to a new report, the next Assassin's Creed game, reportedly in development under the codename "Rift," has been delayed. The game still hasn't been formally announced by Ubisoft, let alone released, by it's been the subject of many rumors and reports. These same rumors and reports previously suggested the game was coming out in February, but apparently, this is no longer planned, with Ubisoft internally moving the game to a release window of sometime between May and June.

The report comes the way of Bloomberg, the game in question is smaller in scope, and that's because it was originally planned to be a meaty expansion for 2020's Assassin's Creed Valhalla, but at one point during development, things changed and the game shifted to a standalone release. The report also echoes previous reports that the title is taking players back to the Middle East.

The report claims that the delay is the result of lead developer Ubisoft Bordeaux asking for more time on the game as the team is currently behind schedule on development. As for Ubisoft, it's not commented on this report and considering it hasn't said a peep any previous rumors, reports, or leaks about the game, there's no reason to expect this to change, but if it does, we will update the story accordingly.

"The Assassin's Creed franchise has come quite a long way since the original, and though there have been some missteps along the way, Ubisoft breathed new life into the franchise with Origins and then refined the experience further and crafted one of the best assassins in the franchise in Assassin's Creed Odyssey," reads the opening of our review of AC Valhalla, which this game was apparently born out of. "Now comes Assassin's Creed Valhalla, a game that seeks to forge its own unique identity while bringing back elements from past entries in fresh new ways. That's a tall and ambitious order, but Valhalla pulls it all off with flair, weaving all of these disparate elements into a delightfully compelling whole."

seriously, another one was ready?

Glad the dev has asked for more time due to be behind schedule anyways,
we don't want them to rush the game and it becomes a let down

That is fine because they don't need to be rushed anyways. Last two were pretty good games