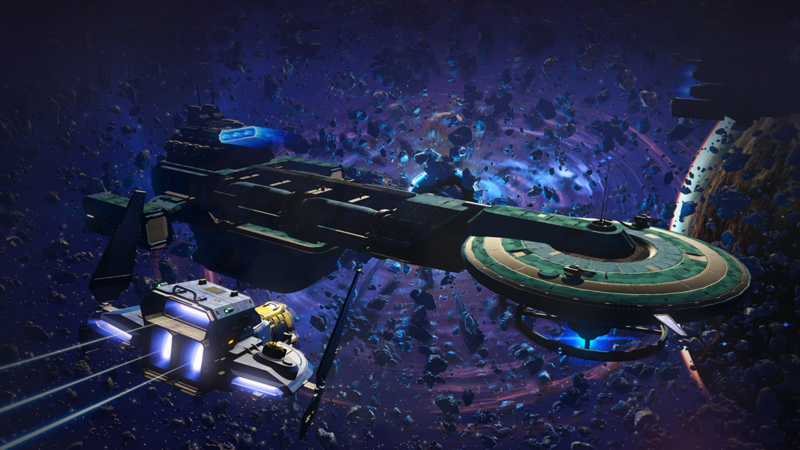 3.5
No Man’s Sky’s new update, named Endurance, is transforming the space RPG once again by adding a host of visual, mechanical, and quality-of-life changes, including bigger bases, new Nexus missions, and a fresh expedition called Polestar.

We’ll start with the smaller stuff; the little tweaks and additions that contribute to No Man’s Sky’s rich, alluring atmosphere. First, you can now add portholes, windows, and externally mounted observation decks to your ships, allowing you to bask in the universe from the comfort of your freighter. There are also some new atmospheric elements in the form of interstellar black holes and nebulae, and asteroid fields are now a lot denser, with thousands of drifting, deadly rocks able to appear on-screen at once.

More significant is the overhauled bridge system, which allows for instant access to teleportation and warping. You can also view and analyse planets from space, and freighters themselves can now be constructed on a much larger scale, with specially themed areas to focus on manufacturing and food production. You can find further details in the full patch notes, and see it all in action in the trailer below.

There are some new combat-based Nexus missions, and a fresh expedition called Polestar, which centres around the voyage of a huge, capital ship.

Endurance is a huge update, and it’s all available for free beginning July 20, a date which coincides with No Man’s Sky’s sixth anniversary. Despite getting off to a rocky start in 2016, the constant updates to the space RPG have brought it back in line with original expectations – and Endurance looks to continue that trend.

Yeah, it was time for an expansion