FIFA 23 will not have Russian teams, EA confirms 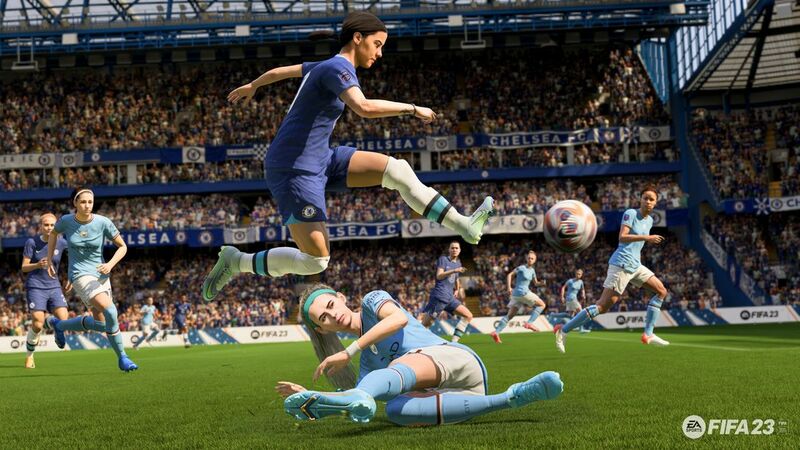 4
EA unveiled its last-ever FIFA game earlier today, FIFA 23(opens in new tab), which will feature women's club teams for the first time ever, and the Qatar World Cup and Women's World Cup in Australia and New Zealand in post-launch updates. What it won't feature, however, are Russian teams, as Electronic Arts has confirmed that the Russian national team and Russian club teams will not be included.

"EA Sports stands in solidarity with the Ukrainian people and like so many voices across the world of football, calls for peace and an end to the invasion of Ukraine," EA said in a statement emailed to PC Gamer. "In line with our partners at FIFA and UEFA, EA Sports will not include the Russian national team or Russian clubs in FIFA 23."

This exclusion of Russian teams is a continuation of a policy EA began in March, when it removed the Russian national team and club teams from the already-released FIFA 22(opens in new tab) because of that country's unprovoked invasion of Ukraine. In fact, today's statement is almost identical to the one announcing the removal of Russian squads from FIFA 22, except for the change in wording necessitated by the fact that they're being excluded right from the start, rather than removed after the fact.

"FIFA 23 will not have Russian teams, EA confirms" :: Login/Create an Account :: 2 comments

Anything Russian should always be banned

That's crazy lol. FIFA ain't having no part in that