Xbox's Grounded Is Getting an Animated Series 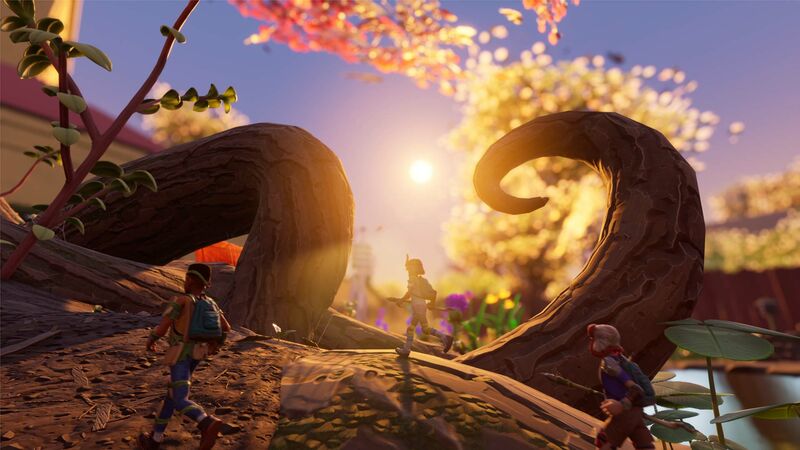 3.5
Grounded, the video game from Xbox and developer Obsidian Entertainment, is officially getting an animated series adaptation. According to the announcement, Brent Friedman (Star Wars: Clone Wars, Star Trek: Enterprise) is attached to adapt the game's story while Brien Goodrich (Halo) will direct. Additionally, Bardel Entertainment (The Dragon Prince) is set to animate it. The adaptation is specifically coming from Obsidian Entertainment and Xbox in association with Waterproof Studios/SC Productions, Kinetic Media, and Bardel Entertainment.

"The series will exist in the same universe as the game, where the mundane becomes fantastical, and will follow four friends who have been shrunk down to the size of ants during the summer before they go to high school," the announcement on the video game's official site reads in part. "Facing off against enormous predators, epic natural disasters, and an army of microbots that are part of a corporate conspiracy threatening their town, these teens will need to figure out how to survive in a familiar yet utterly foreign environment that is the backyard."


"We couldn't be more excited about diving into the whimsical universe of Grounded," said Tina Chow, CEO of Bardel Entertainment, as part of the announcement. "This partnership will be one of great collaboration, expanding on an already wonderful journey of exploration and adventure."

As noted above, an animated adaptation of Grounded is in the works from Obsidian Entertainment and Xbox in association with Waterproof Studios/SC Productions, Kinetic Media, and Bardel Entertainment. Brent Friedman will adapt the game's story while Brien Goodrich will direct. As for the video game itself, Grounded is set to have a full release out of its preview phase in September 2022 for the Xbox One, Xbox Series X|S, and PC.

"Xbox's Grounded Is Getting an Animated Series" :: Login/Create an Account :: 3 comments

Just gonna be one of those One season only wonders

I could see it being a pretty cool show for a season or so. I mean i can't really expect too much becuase the game itself doesn't have too much content so i can't see it being a long term show.