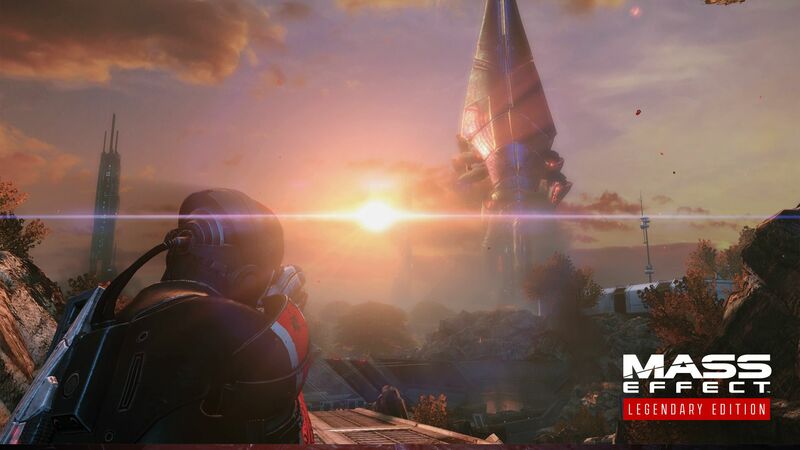 4
The Mass Effect series has many fans, but even the original trilogy of BioWare’s beloved space-faring RPGs has some undeniable flaws. Mass Effect 3 in particular has its infamously controversial ending, considered more than a little unsatisfactory by many, whether that’s because of its lack of resolution in some areas, or how it seemed to largely undermine the long-term choice-and-consequence experience the series had always been billed as (though its expansions, especially the free Extended Cut, did make things somewhat better).

If things had gone differently though, Mass Effect 3 may have had a very different ending. Developing games is an iterative process, of course, and behind-the-scenes, plans tend to change frequently and often significantly. It’s no surprise, then, that how Mass Effect 3 brings the trilogy to a close actually diverges quite noticeably from what BioWare’s initial ideas for the ending were.

As explained by Drew Karpyshyn – lead writer on the first two Mass Effect games, who left BioWare before the launch of Mass Effect 3 – in a Reddit AMA, in that originally envisioned ending, the galaxy would have essentially sacrifice the galaxy-wide network of Mass Relays by using them as a trap, luring the Reapers in with the network and then detonating all the Relays. Interestingly, one of the issues BioWare had with that initial plan was how it could present complications for future entries in the series from a narrative perspective.

“We has some very rough ideas planned out,” Karphyshyn wrote. “Basically, it involved luring the Reapers through the Mass Relays then detonating the entire network to wipe them out… but also destroying/damaging the relays and isolating every galactic community from the others. But we still had to figure out a lot of the details, and there were some issues with that option… like what we would do in the next series of games.”

Whether or not that ending was better than the one we got is up for debate, of course. It’s worth mentioning that Mass Effect 3’s conclusion ended up presenting problems for future instalments anyway, with Mass Effect: Andromeda cleverly telling players that though it’s set hundreds of years after the trilogy, its characters are not only in a different galaxy, their journey there also began between the events of Mass Effect 2 and 3, and they spent those hundreds of years in cryosleep, until their arrival in Andromeda.

The next Mass Effect is also going to have to decide which Mass Effect 3 ending is canon, though I suppose that’s something of an occupational hazard for developing sequels in any series that’s so focused on narrative choices. If the sequel canonizes Mass Effect 3’s “Destroy” ending as many have theorized it will, it will still end up having to deal with everyone in the galaxy being much more isolated from one another due to the destruction of the Mass Relays.

Karpsyshyn, interestingly, returned to BioWare in 2015 and then left again in 2018, and spent that second spell working on Star Wars: The Old Republic and Anthem. In early 2020, he joined Archetype Entertainment, an internal studio at Wizards of the Coast headed up by fellow former BioWare devs James Ohlen and Chad Robertson.

It was certainly a great trilogy of it's time

These were fun back then along with gears sadly not anymore