Controversial GTA Online Hack Is Straight Out Of Doctor Strange 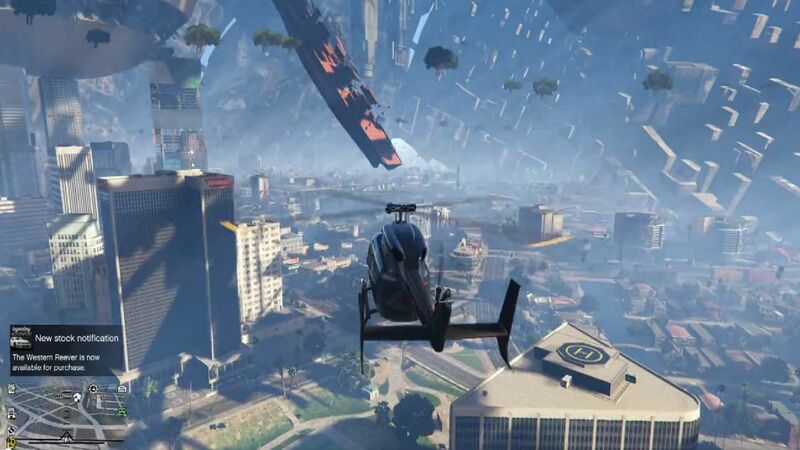 4.5
GTA Online is rife with mods if you want it to be when playing on PC. In fact, sometimes it's rife with mods even when you don't want it to be. Some players who logged on to the game recently have discovered that for themselves the hard way after they appeared on a server made up of a map that appeared to be folding in on itself, Multiverse of Madness style.

The discovery appears to have first been made by @videogametech on Twitter, who has a big following for their dedicated coverage of all things Rockstar. “I thought I'd step in GTA Online on PC thinking I might be fine under a new name... turns out I am wrong,” they tweeted, labelling the game a mess.

The clip videogametech attached to the tweet shows them flying through the San Andreas sky in a helicopter, but something's not right. Actually, something is really not right. Not only is the city below them as it should be, but it's also above them and on either side. Not to mention the floating ship dead ahead and other buildings, vehicles, and various debris hovering where they shouldn't be.

I thought I'd step in GTA Online on PC thinking I might be fine under a new name... turns out I am wrong.

This game is a mess. pic.twitter.com/ZA50dpKQF6


The clip has also found its way onto Reddit where a number of people have compared it to the visuals you might find in the MCU when Dr Strange is messing with the Multiverse. The folding roads and buildings also look like a scene lifted right out of Inception if slightly older players are looking for what might well be a more appropriate reference point. As for who is responsible for this hack, that remains unclear. Maybe if you're added to a server where this is happening, you can try to hunt them down. Take a look at that skyline though, it won't be easy.

Quite a few of the comments reacting to the clip on Twitter and Reddit come from frustrated Red Dead Online players, highlighting this is what their game has been sacrificed for. A number of Red Dead players held an in-game funeral for its online mode this week after Rockstar confirmed it would be getting no more major content updates. The funeral also marked the one-year anniversary of Red Dead Online's last major content update.

wtf bra? that shit is some crazy shit!!