Back 4 Blood Act 5 arrives in the next expansion 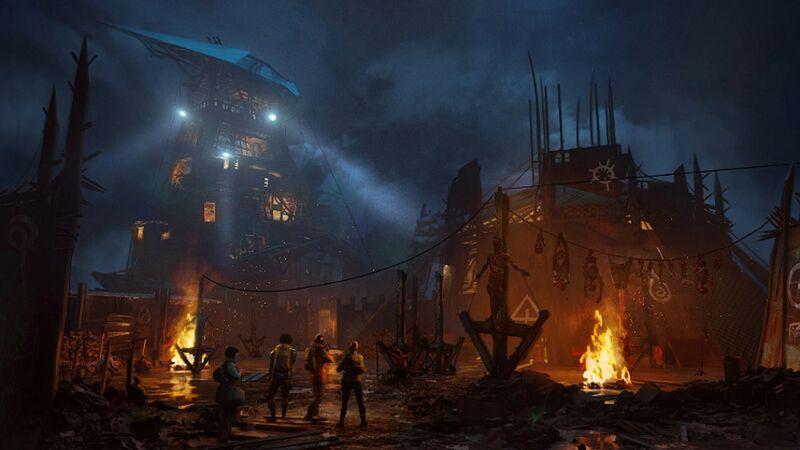 4.7
While Turtle Rock Studios isn’t quite ready to tell us when to expect the next expansion for zombie co-op game Back 4 Blood, the developers have gotten a bit cheeky on Twitter and revealed a peek at it. They’ve also more or less confirmed that it’ll be Act 5, and that it’ll pit the cleaners against an apocalyptic cult.

Turtle Rock has been offering little drips of information about the next Back 4 Blood expansion over the past couple weeks – the upcoming bear trap is a feature we can expect to see when Act 5 arrives, for example. The latest tweet, however, also shows off what appears to be a cult stronghold, with crucified bodies and bonfires set up outside to warn off any door-to-door solicitors or trick-or-treaters.

“We’d love to confirm the release date for our Expansion 2, but we need a bit more time,” the studio says. “It’s an exciting update and we’re so pumped, it’s been like a cult around these parts – some of us are so giddy that we Act like we’re 5.”

The deliberately capitalised ‘Act’ and the numeral ‘5’ in the final clause is a pretty clear signal about what to expect in the second expansion.

Turtle Rock has previously revealed three new cards that’ll be available in Back 4 Blood in the near future. There’s Crippling Frequency ability, Experimental Stun Gun utility, and the Fill ‘Em Full Of Lead talent. Perhaps the most interesting thing about these is that the first two include an activation cost paid in specific ammo types – Crippling Frequency can be activated by spending 30 pistol/SMG ammo, while Experimental Stun Gun costs 30 rifle ammo to use.

We’ll no doubt be hearing more about Back 4 Blood Act 5 in the near future.

"Back 4 Blood Act 5 arrives in the next expansion" :: Login/Create an Account :: 3 comments

they've been wasting their time with this

Game is dead Who cares Hahahhaa