Zelda: Ocarina of Time PC port adds an option to shut Navi up 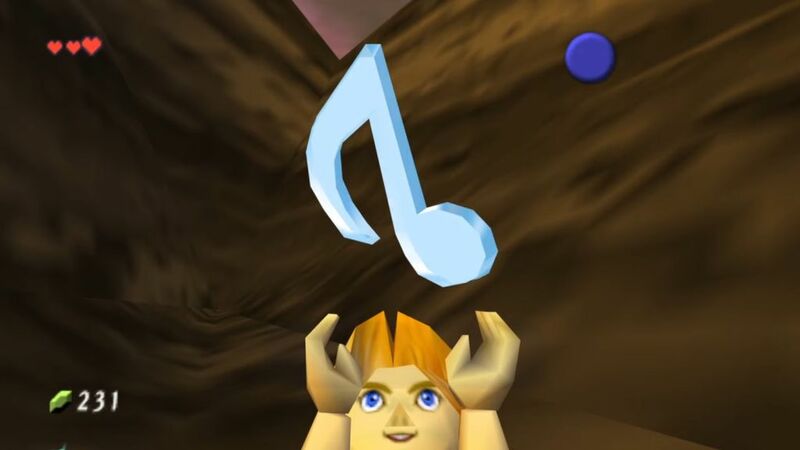 4.3
A major update for the Legend of Zelda: Ocarina of Time PC port has arrived, as Ship of Harkinian version 3.0.0 introduces a host of cheats, new difficulty options, support for frame rates well above 200 FPS, and a randomizer mode.

You can download the new version of the port over on the developers' Discord(opens in new tab). You will need your own Ocarina of Time ROM to supply the game's assets - a move that the devs seem to hope will keep the project from running afoul of Nintendo's lawyers. (It's worked so far for the older Super Mario 64 PC port, at least.) This version adds support for Linux machines on top of Windows PCs, and even introduces a Wii U port.

3.0.0 is big on difficulty settings, letting you multiply the damage Link takes for a more challenging experience. But there are also cheats if you want to make it easier - you can use a shield with Biggoron's Sword, get a fireproof Deku shield, remove Epona's fatigue meter, or add Metal Gear Solid-style vision cones to the guards in Hyrule Castle.

There are also cheats that don't really adjust the difficulty, but simply remove some of the original game's tedium. You can make climbing faster, or speed up the chest opening animation. But perhaps most importantly, there's an option to remove Navi's constant interruptions - a sticking point from the original game that's remained an infamous frustration all these decades later.

The full list of new features is too extensive to list here - check out the video below - but you can also now bind more selectable items by using a modern controller's D-pad. There are full camera controls to let you rotate your perspective in the 3D environments. Frame rates can now go well beyond 200 FPS, if you've got the screen to support it. And you can even customize your UI, moving things like the dungeon minimap wherever you like.

On top of all that, there's a new randomizer mode, which can give you infinite ways to replay Ocarina by mixing up the locations of key items. You might get an ocarina tune on top of Dodongo's Cavern, where you'd normally get a heart piece, or get the Master Sword by playing a minigame in Hyrule Castle Town. Sheikah Stones will seemingly give you hints about where to find items as you go.

All games should have the "shut up" option LMAO

this is cool lots of zelda fans