Skate 4 Will Be a Live-Service, Free-to-Play Game 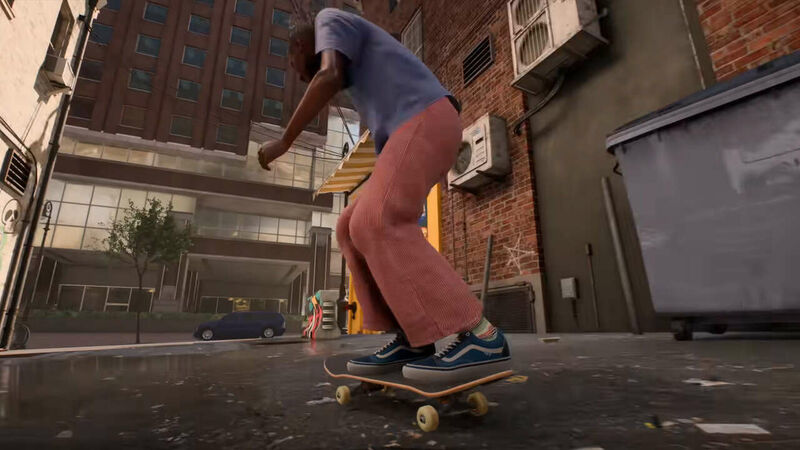 3.3
Electronic Arts and developer Full Circle today revealed that Skate 4, which is properly being titled skate., is going to be a live-service, free-to-play title. In the past, Full Circle has stressed the development of skate. is still in the very early stages, which means that it likely won't release formally for quite some time. Whenever it does launch, though, we now know that there will be no cost needed to simply play the game.

Detailed as part of a new series that Full Circle is calling "The Board Room," the development team behind the new Skate title provided some updated information on what fans can expect from the game. This is the first time since the reveal of the fourth mainline Skate game that the team has provided substantial details about what will be in store. While the conversation touched on many different aspects of skate., the most notable announcement dealt with the fact that the game would be part of a live-service model. Additionally, it will be free to download and play across all platforms.

join us in The Board Room to find out more about skate. https://t.co/lxgQsZpBXG


In tandem with this, Full Circle also revealed that skate. will contain both crossplay and cross-progression. This means that no matter where players might experience the game, they'll be able to play with those on other platforms. In addition, your progress will also transfer between all versions of skate., which will make for a unified experience across all versions of the game.

For now, we still don't know when skate. is going to release, but Full Circle is looking for players to take part in alpha testing for the project right now. When it does launch in the future, skate. will also be available on PlayStation, Xbox, and PC platforms.

"Skate 4 Will Be a Live-Service, Free-to-Play Game" :: Login/Create an Account :: 3 comments

Always a catch when they're free-to-play

I'm hoping this is a good thing... might really deter cool F2P cosmetics.

cant wait to play this one the games are chill