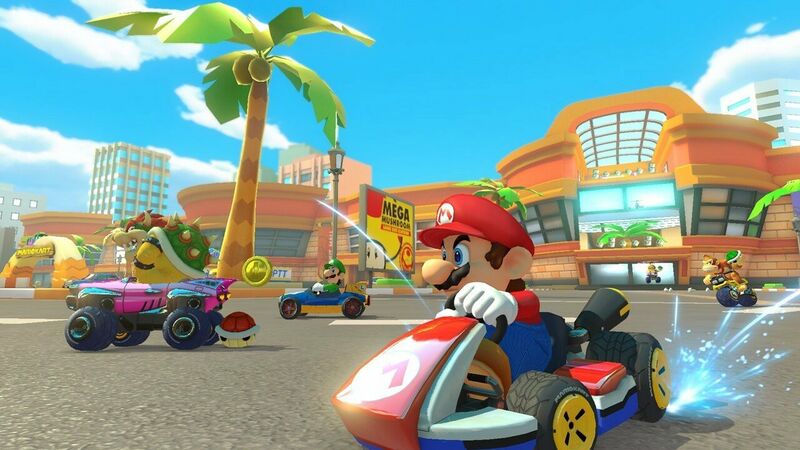 4.3
There’s no telling how long we’ll have to wait for Mario Kart 9, but at least fans of the series still have some stuff to look forward to. Earlier this year, Nintendo announced the Booster Course Pass for Mario Kart 8 Deluxe, which would see a total of 48 remastered tracks from other games in the series as DLC dor the Switch title across a total of six waves. The first of these waves launched back in March, and as time goes by, many are beginning to wonder when more tracks will arrive.

It could happen in the not-too-distant future, it seems. As spotted by @PushDustIn over on Twitter, 7-11 stores are advertising the Booster Course Pass in Japan. The advertisements are only focused on the first wave, which is already out, with details on future waves still unclear. Interestingly, however, a message on the top right of the advertisement for staff members notes that the ad shouldn’t be displayed after July 17, suggesting that it might be outdated soon, and that an announcement for the second wave of DLC tracks could be imminent.

Previously, the names of the Cups that will be added to Mario Kart 8 Deluxe will all waves have been revealed, while datamining has also potentially spilled the beans on a number of upcoming tracks.

Mario Kart 8 Deluxe is available on the Nintendo Switch. It has sold 45.33 million units as of earlier this year.

7-11 is advertising the course pack (note that it says you double the number of courses in Japanese, nothing about wave 2). I think we should see a reveal sooner than later. pic.twitter.com/qpRtTBiUdp

Mario kart will live on forever !