MultiVersus May Be Teasing The Lord of the Rings Crossover 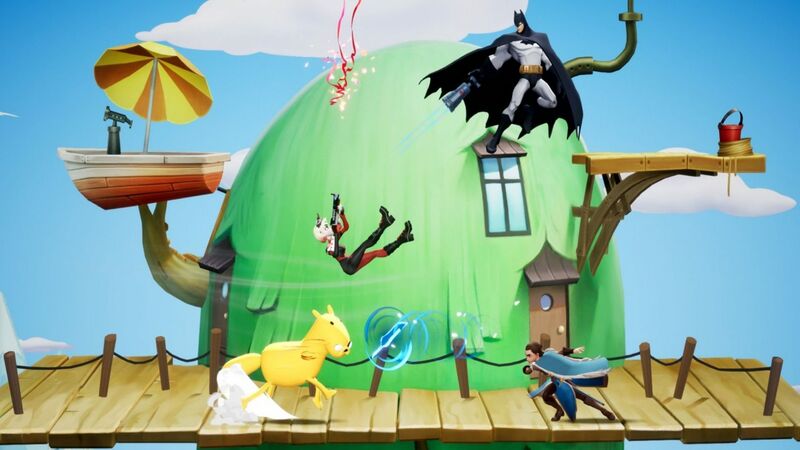 3.3
Player First Games may have accidentally confirmed The Lord of the Rings characters are coming to MultiVersus in the near future.

MultiVersus is an upcoming fighting game based on Warner Brothers’ intellectual properties which include HBO, DC Comics and Cartoon Network among others. The game is set to be soft-launched this month with an open beta.

A July 8 tweet seems innocent enough on the surface, it shows off a screenshot of the Trophy’s E.D.G.E stage. However, an eagle-eyed fan spotted a strange reflection in the water.


It’s hard to make out whether this actually is the Eye of Sauron, but it does seem to reflect something from above that isn’t there.

In gameplay footage of the map, you can see a tower in the background of the stage that isn’t there in the screenshots. This could potentially be the tower of Barad-dûr with Sauron’s eye perched atop.

The tweet also reads “Trophy’s E.D.G.E is the perfect place for a game of I spy” with one eye emoji. This could once again be a reference to Sauron’s eye.

A data mine from last month also revealed that characters like Gandalf the Grey may be coming to the game in the future, supporting the idea that MultiVersus may be teasing Lord of the Rings in the above tweet.

The data mine also outlines other characters that may be added to the roster in the future, such as Daenerys Targaryen and Godzilla.

MultiVersus is set to enter open beta this month on PC, Xbox One, Xbox Series X/S, PlayStation 4 and PlayStation 5.

"MultiVersus May Be Teasing The Lord of the Rings Crossover" :: Login/Create an Account :: 2 comments

Just crossover all caracters from different games. It'll be fun

Lol this would be epic. Wouldn't surprise me with the show coming out soon