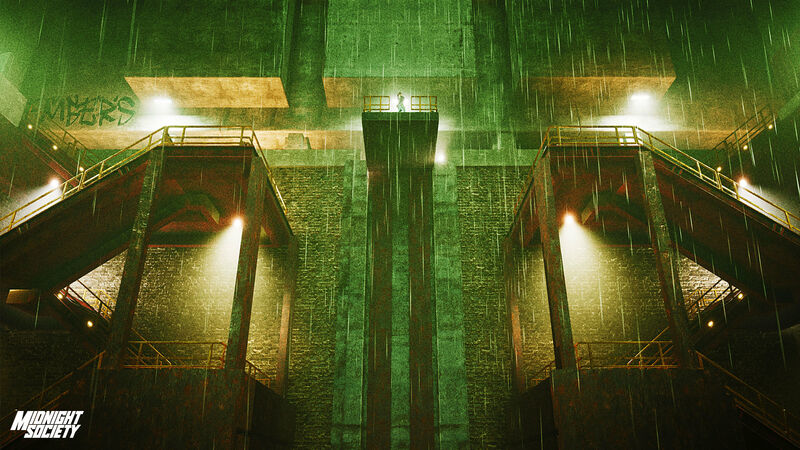 3.7
Last year, Guy Beahm, the former Sledgehammer Games level designer better known these days as streamer Dr. Disrespect, announced he was founding "a AAA game studio" with former Call of Duty creative strategist Robert Bowling and Halo 5 multiplayer designer Quinn Delhoyo. The studio, called Midnight Society, went on to sell beta access to its upcoming debut game in the form of a $50 Founders Pass, which came with a procedurally generated NFT that serves as your avatar in-game.

Not much was actually known about the game, except that it will be a free-to-play multiplayer FPS made in Unreal Engine 5. Now, a handful of details have been revealed in a blog post(opens in new tab), which says, "Our first game, 'Project Moon' is a vertical extraction shooter". By extraction shooter it means a PvPvE raid game, like Escape from Tarkov or Hunt: Showdown, where players keep the loot from every match they survive, but lose everything they brought with them when they die. By vertical it means, "set in a high-rise".

The Midnight Society blog goes on to say, "Our high-level gameplay goals are to capture the essence of arena shooter level design with the scale and scope of battle royale player counts, and the session-to-session gameplay mechanics of extraction-based shooters."

The plan for Project Moon's development is for playable "Snapshots" to be shared with founders every six weeks. These are "vertical slices of key aspects of the game meant to focus the community's discussion around specific features or mechanics we're actively building", each of which "is complete enough to have actionable conversations and discussions around".

The first of these, called "SnapshotCL1000", will showcase an assault rifle, and the players' home base: "We're offering three different Shooting Range experiences throughout the Player Hideout. Anywhere you see a red button, you'll be able to activate a unique target practice, each designed to hone a unique skill with the first assault rifle." Thrilling.

No date for the release of this first snapshot has been announced, though it is mentioned that it'll be discussed at a founders' event in Los Angeles on July 29. "Access Pass holders have exclusive access to download these Snapshots. Dev Roundtables – both online and in-person – will allow us all to discuss the design of each feature, weapon, balancing, and other core gameplay loops."

Something about calling weapons and balancing "gameplay loops" puts my teeth on edge. Along with the use of "vertical slice" and "actionable", it makes the whole thing read more like an AI that's been trained on E3 conference buzzwords than a description of a videogame I might like to play. But then, maybe I was already turned off by the way its procedurally generated NFT characters look like budget Daft Punk wannabes(opens in new tab).
‹ ›

Good for him and his studio