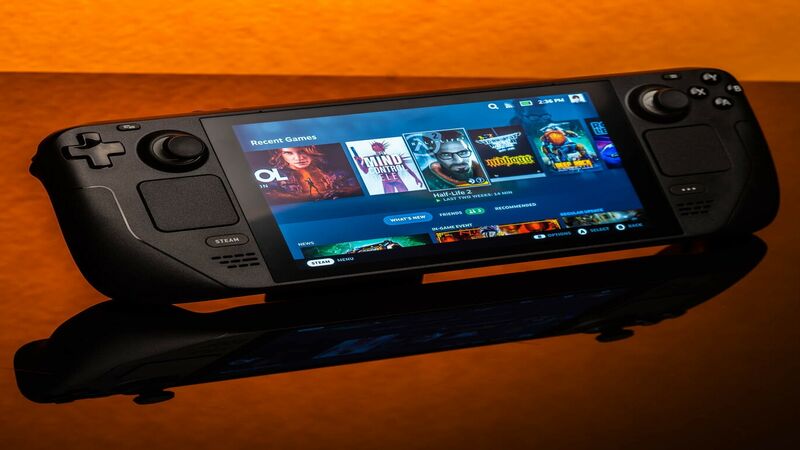 3.7
You can develop games on Steam Deck, and it's surprisingly straightforward.

Steam Deck is an undeniably impressive piece of hardware; not only does it allow you to dip into your Steam library on the move, but it's also effectively a portable PC that can be used to create games. In a recent tweet, Valve's Lawrence Yang shared a video which focuses on the hows and whys of making games using the machine. "This is one of the things we were really excited about enabling with Steam Deck," says Yang.

Hey look, game development on Steam Deck, no other PC required! This is one of the things we were really excited about enabling with Steam Deck, and it’s awesome to see folks already getting their feet wet. https://t.co/yEASvS513i pic.twitter.com/32bbzIlf02


The video, by Taranasus, sees him build a game on Steam Deck without using any other PC. As the footage shows, he installs the Unity game engine, which runs smoothly on the hardware. "This is going annoyingly well," remarks the YouTuber, who then builds a standalone for Linux before adding it as an external game to his Steam library. At this point, his makeshift game can be seen working on Valve's machine and running at 60 FPS. "It took me a total of 40 minutes from booting up into Steam Desktop mode to launching the game within the Steam Deck interface," Taranasus explains.

If you're keen to attempt this, you're definitely going to need a keyboard, as using the device's touchscreen keyboard is not an enjoyable experience. "You will end up yeeting the damn thing out the window," says the YouTuber.

Having proved it's possible, Taranasus goes on to explain why people should use Steam Deck to create games. "It works, and it works well," he says, adding that "it could be the ZX Spectrum of this generation allowing more people to get into game and software development from a younger age." Hoping to see more people use the machine in this way, the YouTuber says that he's now planning to put together a tutorial for a step-by-step setup. So if you're interested, be sure to keep an eye on his YouTube channel(opens in new tab).

Good news for those still waiting for their Steam Deck, Valve has announced it will be doubling the number of machines it ships out every week. Those lucky enough to have one already have been using it to play some stellar titles, with Elden Ring, Witcher 3, and Hades being some of Steam Deck's most-played games.

this platform is just keeps getting better and better

Thought the switch had steam now for a sec lol