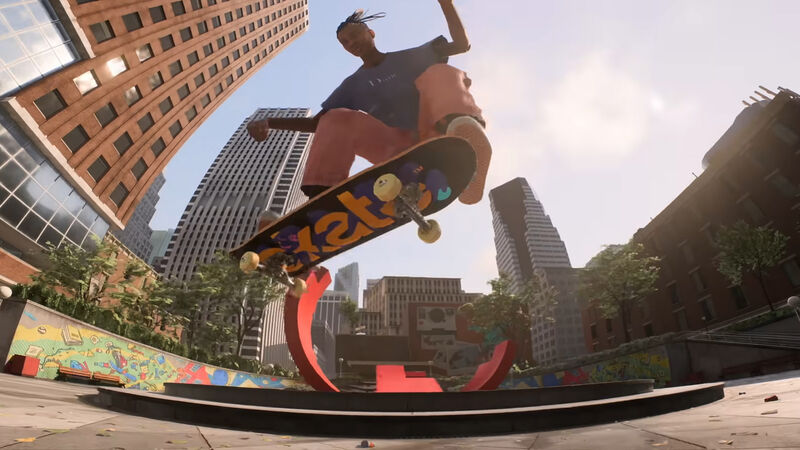 4
A new Skate 4 leak has revealed some new gameplay features and the map, which is known as Fun City. Skate 4 is one of the most anticipated games in quite some time as the skateboarding genre has largely fallen to the wayside and Skate 3 is considered to be one of the best skateboarding games ever made. Not only was it fluid and responsive, but it had a bunch of unique modes such as Hall of Meet which allows players to try and break their bones for high scores. That game came out in the early 2010s and fans have been waiting for a sequel for over a decade and it's finally coming. Although there's not much known regarding the specifics of the game, some leaks have been quite informative.

A recent leak from Reddit user Parzalai included a bunch of new gameplay, including an introduction to a playable test build of the game. It's quite early, so the game looks visually rough, but the gameplay is what matters most when it comes to Skate. Skate 4 will allow for more control when players are off their board, allowing them to slide, roll around on the ground, and much more. The skating itself also looks pretty solid and what you'd hope for in a modern Skate game. The footage also includes a look at the map, which is called Fun City. It looks rather expansive and will be populated with plenty of players, rather than dividing the map into small playable zones like Skate 3. Players will also be able to build within the city to create their own skating challenges and environments. We can't show the footage in this article, but you can click here to view the original Reddit post.

As of right now, Skate 4 is looking really exciting and like the game fans have been waiting for. Of course, even if the gameplay is fun, we'll still need content to partake in. It's unclear just how much there will be to do beyond building for yourself, but if the previous games are anything to go by, it's likely there will be quite a bit to do. It's unclear when the game will release, but a recent trailer indicated that it still has a ways to go.

Looks good, but is it going to be good? :hmmm:

Cannot wait. Only got to play skate 3 very recently, from what I've seen over leaks etc, it looks incredible!

I'm honestly so excited for this game. The other ones were so sick