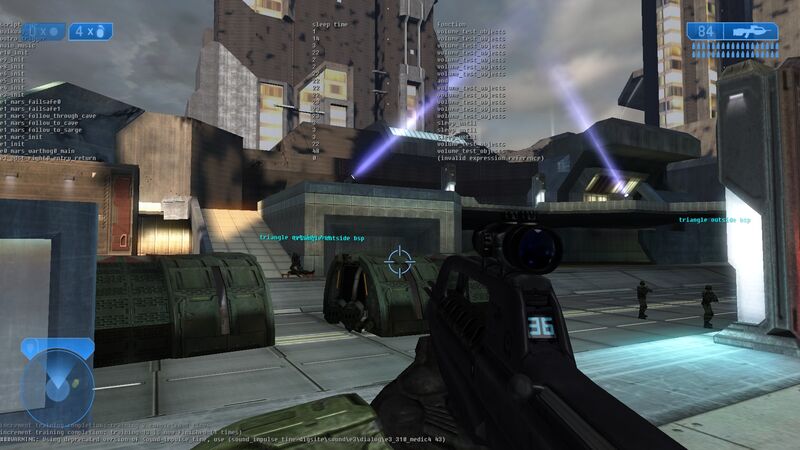 3.8
343 Industries is working to preserve a bunch of content from pre-release versions of Halo and Halo 2, rebuilding them for players and modders to enjoy in the Master Chief Collection.

If you were paying attention to video game media in the early 2000s, you probably saw the footage of Halo 2's Earth City demo that was presented at E3 2003. The engine powering that demo was scrapped and its content never made it into the final release of Halo 2, and there was never much reason to believe it would ever become playable to the public.

However, a group of developers at 343 Industries have begun restoring content from pre-release versions of various Halo games, and as revealed in a new blog post(opens in new tab), content like Earth City is being made playable in the Master Chief Collection.

"Our end goal is to get it running in the MCC and playable end-to-end and working as intended if you follow the presentation script (including the Ghost hijack!)," as one developer explains. "Hopefully we will even make a few things shown in the presentation a 'real thing' by using retail H2 elements where appropriate. This may be a shocker for some, but several parts of the demo gameplay were smoke and mirrors!"

There's no word on how long it'll be before this playable piece of history launches, and the devs say they're not even sure they'll be able to get it running on the console version of MCC - this may be a PC-exclusive thing. Given that the Earth City demo was never actually built out as a full level, you probably shouldn't expect this to quite feel like a major chunk of a campaign, either. But it is a major lost piece of Halo history brought back to life for the first time.

That's not even all the devs are working on, either. Early content from the original Halo, including stuff that was only shown in the 1999 MacWorld demo, back when the game was still intended to be an RTS. 343 is building some lost weapons and vehicles back into playable form, and intends to let modders have at some of the content it doesn't have the resources to restore.

Glad they have added it in the collection