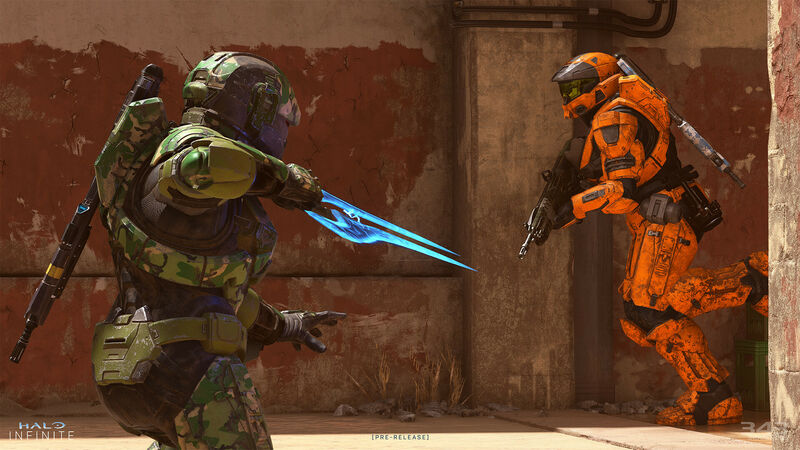 He worked on Halo 1-3, ODST and Reach during over a decade at series creator Bungie, where he served as design director until 2012.

Bertone started his new job at 343 in June, according to his LinkedIn profile.

Commenting on Bertone’s appointment, Joseph Staten, head of creative for Halo Infinite, said he was “thrilled to have Paul help lead the future” of the latest series entry.

He later had a six-month spell as design lead at State of Decay studio Undead Labs, and more recently he spent over two years in the same role at Highwire Games, the studio behind PlayStation VR title Golem and the upcoming Six Days in Fallujah.

I’m happy to confirm @Halo veteran Paul Bertone has joined the team as Studio Technical Design Director. Paul and I met in 1999, back in Bungie’s Chicago days, and then shipped Halo 1-3, ODST and Reach together. I’m thrilled to have Paul help lead the future of #HaloInfinite. pic.twitter.com/oYR8bhOBak


Confirming Bertone’s appointment, Staten said: “Paul and I met in 1999, back in Bungie’s Chicago days, and then shipped Halo 1-3, ODST and Reach together. I’m thrilled to have Paul help lead the future of Halo Infinite.”

343 Industries will be running a test flight of Halo Infinite’s delayed campaign co-op mode and its new Mission Replay feature starting next week.

Players who want to take part will need to be signed up to the Halo Insider program.

:o hopefully this will bring some good things ! (:

Anything is better than the current 343 team, hoping he can help.