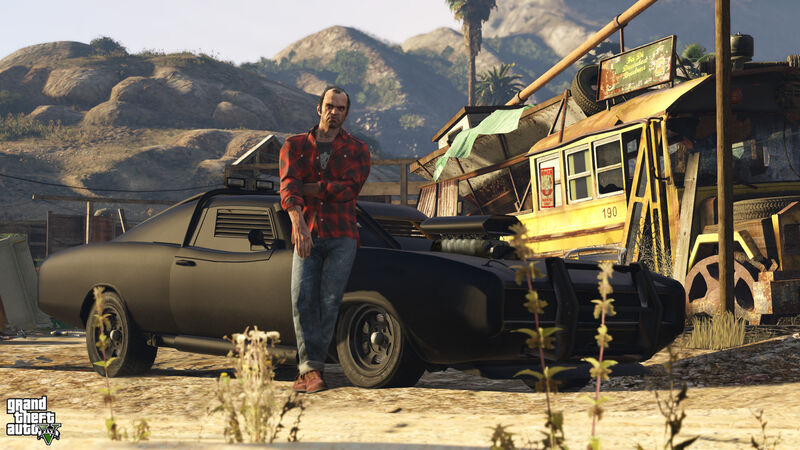 4.3
Take-Two Interactive, the parent company of Rockstar, 2K Games, and Hangar 13, has issued a DMCA takedown request to LukeRoss, a mod maker specializing in bringing virtual reality support to modern games. LukeRoss has created VR mods for Cyberpunk 2077, GTA 5, and Red Dead Redemption 2, and is in the process of creating a VR mod for Elden Ring.

However, some of those mods are now in jeopardy. Take-Two’s takedown request orders Luke Ross to remove the GTA 5, RDR2, and Mafia VR mods from his Patreon, a move that Ross calls "anti-consumer and anti-gamer."

"[Take-Two Interactive is] demanding that I remove all their copyrighted works from my Patreon page," wrote Ross on his Patreon (via Flat2VR). I immediately asked for clarifications, since it is my belief that I'm not hosting any such materials. As you all know, I do create and distribute original modifications for these games, i.e., original pieces of software of my own creation that allows users to experience those games in a different and hopefully more intense and profound way.

A sad day for the Flat2VR modding community. @Take2Interactiv has submitted a quite anti-consumer DMCA request to remove ALL VR Mods for their games (GTA V, RDR2, Mafia, etc.)@LukeRoss_00 Has always been extremely careful not to use any IP in his mods. pic.twitter.com/GH6OX1eZIy

Ross notes that he has little experience with DMCA takedowns or copyright law and is unsure if Take-Two is required to provide any clarification. If not, then Ross will "be forced to take down anything even remotely related" to Take-Two's games in order to avoid a legal fight that could see his Patreon shut down.

"I honor and respect copyright and my intention has always been to allow gamers to experience the wonderful worlds created by Rockstar and 2K (among other companies) in virtual reality, which only translates to more customer satisfaction and more copies sold for them," Ross added. However, he also called Take-Two's DMCA request an "anti-consumer and anti-gamer move on their part."

This is hardly the first time Take-Two has issued such copyright strikes, even when it seems like no copyrights had been infringed. Ahead of the GTA Trilogy remaster, Take-Two issued scores of takedowns against GTA modders. Only the group that reverse engineered GTA 3 and Vice City contested the takedown in court, stating that their mod doesn't contain any assets or code created by Rockstar.

Ah well, more fun lost there for the VR Mods