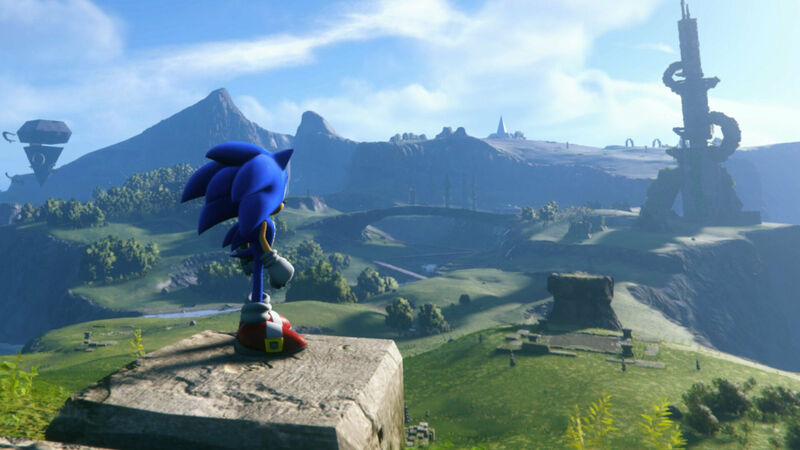 4.3
Sonic the Hedgehog has no shortage of companions to accompany him in his journeys, and in Sonic Frontiers, we now know of at least one extra supporting character that'll be present thanks to some new details recently revealed. That character is Big the Cat, the friendly fisher who made an appearance back in Sonic Adventure and showed up numerous times afterwards in future games and other forms of media. Big will apparently do what he does best with Sonic by allowing players to fish in order to gain access to different features in the new Sonic game.

Datamining efforts and hopeful speculations had suggested that Big might be in the game, but thanks to some details recently revealed in the newest edition of Game Informer which centered on Sonic Frontiers, we know for sure he'll be in the game. For those who don't have a subscription to the physical or digital version of the magazine, others dissected the feature for some of the most relevant details including the confirmation of Big the Cat returning.

While opening portals into Cyber Space, a feature which serves as a more linear Sonic the Hedgehog experience in the game's otherwise "open zone" world, Game Informer reported that Big the Cat was at one point discovered via one of those portals, according to an excerpt. Big once again had his fishing rod in-hand and was ready to guide players through the game's fishing minigame which awards players with tokens as they progress through it. By spending those, you can get "various items like Portal Gear fragments, voice diaries, Vault Keys," and more. Purple coins are apparently required for additional fishing endeavors, so it seems like this won't be something players can do endlessly without having sufficient resources.

Considering how open Sonic Frontiers is supposed to be and, as mentioned previously, how many characters there are in the universe other that Sonic himself, Big will probably just be one of several, several characters that'll be present in the game. We don't yet know when players will be able to explore that world beyond some point in Holiday 2022, but the devs have assured people that the game would not be delayed.

As long it makes the Switch more popular, then all is good

Did you they just try to RPG a Sonic the Hedgehog game? lol