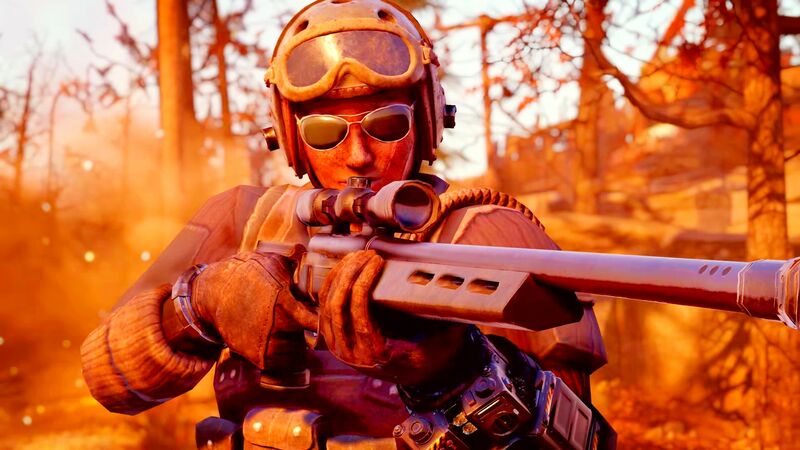 3.8
Fallout 76’s upcoming expansion, Expeditions: The Pitt, looks to contain some cool new weapon skins, “Lord of the Rings”-style power armour, and creepy, rubber animal masks, judging by the findings from a recent datamine of the game’s public test servers.

Two prominent Fallout dataminers, DSJ and MadDokGrot, shared the assets they had uncovered from the test servers on Twitter. DSJ’s findings were pretty substantial, and they’ve created an entire Imgur folder displaying all the new assets, skins, and textures that you might expect to find when The Pitt arrives on September 10. There’s also plenty from MadDokGrot, who’s tracked down some new buildings and armour.

Some of it’s pretty dry – new stools, anyone? – but your robot dog pal Fetch looks like he’s getting a reskin, and there’s a new prefab coming with a big hole in the side rather than a door, for those of you chasing that authentic, wasteland chic.

New Flamer skins, what looks like a fresh outfit for either the raiders or the cultists, and a frankly hideous pre-war suit are also among the discoveries, and there’s a new interactive table, which looks like one of those nuclear experiment boxes, where you have to slide your hands into the rubber gloves. We aren’t sure right now what it’s for, but it’s possible this will activate some kind of buff or status effect.

Looking at some more of MadDokGrot’s findings, and they’ve managed to pick out a trio of hellish animal masks – a bear, a rooster, and a gazelle. All you need now is a letterman jacket and some pulsing retro synthwave, and you can use Fallout 76 to cosplay Hotline Miami.

Slightly less unnerving is this new power armour, which MadDokGrot describes as “straight from Lord of the Rings”, given that it comes stamped with a white handprint, not unlike the white hand of Saruman, worn by the Uruk-Hai.

had me at lord of the rings lol