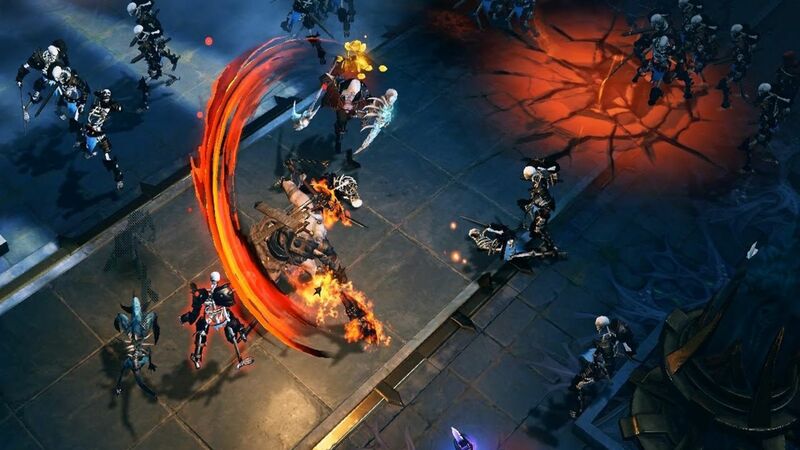 3.9
It was always inevitable that Diablo Immortal's momentum would lose steam. There was no way that the mobile version of Diablo would be able to maintain the highs it saw off of a wave of controversy and media attention. Yet it's certainly surprising to see just how quickly Diablo Immortal's popularity has fallen, at least with regard to popular streamer support and Twitch viewership. The past week has seen yet more big Diablo Immortal streamers deciding to step away from the game.

Perhaps the most significant departure from the Diablo Immortal streaming community is Quin69. Some may recall Quin69 as the unfortunate soul that decided to continue spending money on Diablo Immortal until he acquired a 5-star gem drop. Quin69 spent $16,000 on Diablo Immortal microtransactions before he got his drop. In celebration, he then deleted his character. He also had some extreme criticism for Diablo Immortal and encouraged his viewers to delete their accounts.

Twitch viewership overall has dramatically fallen for Diablo Immortal, too. Peak viewers at the height of Diablo Immortal's popularity was nearly 224,000 Twitch users across 2,700 channels. That was on June 2, the game's launch date. Now, a month later, and daily Twitch peak viewership is struggling to reach 2,000 viewers across 130 accounts. That isn't just below Diablo 2 and Diablo 3, but nearly the 500th-ranked game on Twitch.

While many Diablo fans may consider Diablo Immortal's fall in popularity karmic due to the negative reception to the game's monetization, it's hard to argue that the game didn't make the most of its success. Some reports indicate the Diablo Immortal made as much as $24 million in its first several weeks. Twitch and YouTube streamers spent thousands of dollars on Diablo Immortal and drew significant amounts of attention to it.

Streamers may have fallen out of love with Diablo Immortal, but that doesn't mean that the game isn't still successful. It's entirely possible that the ARPG continues to have a vibrant community of players and big spenders. Time will be the ultimate judge of Diablo Immortal.

Diablo Immortal is available now on PC and mobile devices.

It took them long enough to realize

Ya there a little late on that lol