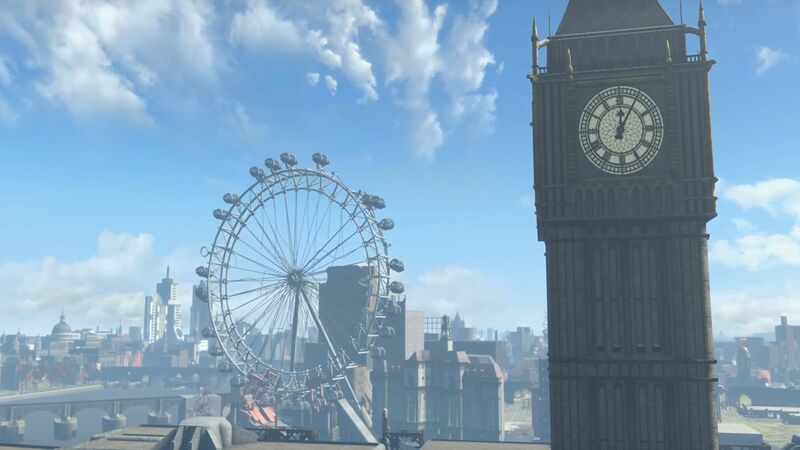 4.4
Bethesda games are known for their large and dedicated modding communities that remain active long after a game’s release. The mods range from almost imperceptible tweaks to ambitious projects like Beyond Skyrim. The Fallout: London mod arguably falls into the latter category, turning Fallout 4 into an entirely new game.

Bethesda seems to have taken notice, recruiting a prominent team member into the company. The Fallout: London team recently announced that their Lead Technical Advisor had accepted a position with Bethesda Softworks. While a significant step for his career, he’ll no longer be contributing his talent to the massive Fallout 4 mod.

The Fallout: London team announced the departure of Lead Technical Advisor Ryan “Ropiequet” Johnson on Thursday. As the title implies, Johnson’s role was to advise Fallout London’s level design team. However, he’ll now be utilizing that expertise as an Associate Level Designer for Bethesda. The mod team described this announcement as “bittersweet,” congratulating Johnson while expressing sadness at his departure from the project.

We have a few very special and bittersweet announcements for you all today.


Fortunately, the Fallout: London team wasn’t blindsided by Johnson’s leaving. The post explains that the team has been aware of his departure for some time. Johnson worked hard to complete all his design tasks and more while assembling a design document so that other team members could build upon his work. While Johnson’s departure will undoubtedly have some impact, it seems like he did all he could to prevent his new job from hurting Fallout London’s development. The team thanked Johnson for his hard work and professionalism, and the post playfully mentions looking forward to finding his Easter eggs in future Bethesda games.

Notably, Johnson isn’t the only Fallout: London developer whom Bethesda offered a job. Bethesda UK also approached Project Lead Dean Carter about joining the Fallout 76 team. However, according to the Fallout: London mod team, Carter chose to see the project through to the end. The statement explains that while some modders only join big projects to impress potential employers, Carter is passionate about continuing the project for both the community and the team.

For anyone unfamiliar with the project, Fallout: London is an upcoming total conversion mod for Fallout 4. Set in the titular city, players will explore the ruined metropolis as they battle mutants and navigate the web of conflicts and alliances between Fallout London’s unique factions. These groups include post-apocalyptic aristocrats, populist revolutionaries, a rebel army inspired by medieval knights and WW2 soldiers, and a mysterious secret society manipulating events behind the scenes.

Fallout 4 is available now on PC, PS4, and Xbox One.

it looks better then before so cant complain

Looking good. A good choice they made.

Certainly does look good, everything crossed it becomes so when playing