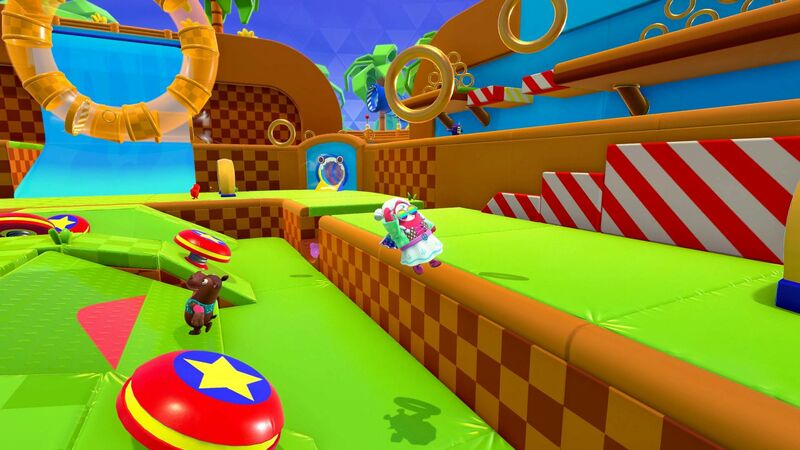 4.4
Fall Guys will be crossing over with the Blue Blur himself, Sonic the Hedgehog, and a new leak suggests it will be significant. Fall Guys had a major resurgence earlier this month after going free-to-play and launching on new platforms like Xbox and Nintendo Switch. The game had an explosive launch in the summer of 2020, but ultimately failed to sustain its huge player base as competitors like Among Us stole the spotlight. That's not to say Fall Guys failed by any means, it just became less popular than other major titles, but it seems like it's on a bit of a comeback tour. With a Halo crossover currently happening, Fall Guys is leveraging its power to try and make the game to appeal to a fairly broad audience and lure in new players while winning back lapsed ones.

A new leak via a datamine suggests that Fall Guys will continue to expand its horizons with a new map in its Sonic the Hedgehog crossover. Dataminer FGPancake discovered a pretty exciting looking Sonic the Hedgehog map for Fall Guys under the name of "Bean Hill Zone". It has the distinct look of Sonic's lush greens, blocky brown dirt, and even the signature golden rings. There also appear to be some buttons which may launch the player upwards, which may be how they collect the rings around the map. The crossover is expected to launch in August, but it's unclear what it will entail. At the bare minimum, it looks like we'll be getting at least one new level, but it wouldn't be surprising if there's even more than that on the way.

Of course, a Sonic the Hedgehog skin was already released for Fall Guys, so there is some precedent for this. It's unclear when we might start to hear more about this new event, but Sonic Frontiers and Sonic Prime are both expected to release sometime later this year. It's possible Fall Guys will try to time this event with the release of one of those projects.

Super cute map. Good for them to add more.

Aye! This game is just fun to play man, the boys are gonna love this! So much content