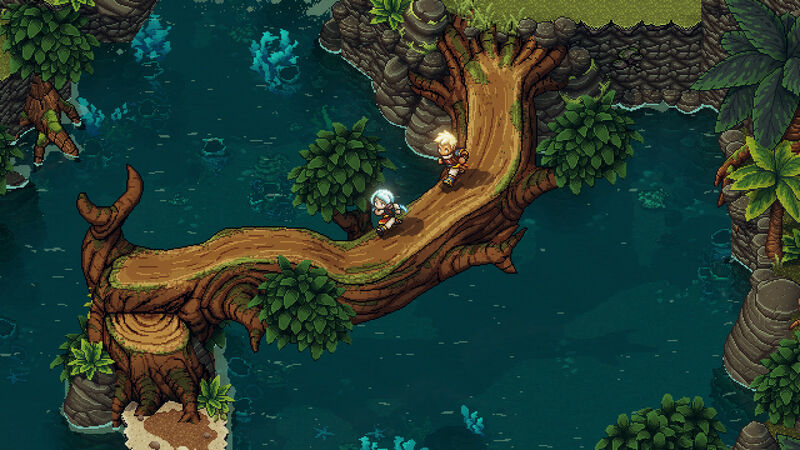 4
Developer Sabotage Studio announced today that it is delaying its highly-anticipated throwback RPG Sea of Stars into 2023. First revealed back in 2020, the studio behind The Messanger announced Sea of Stars with a new Kickstarter campaign. And while the project was originally intended to launch later this year on Nintendo Switch and PC, Sabotage has now said that the game won't be arriving until next year.

Announced on Twitter today, Sabotage provided some new context about Sea of Stars and the game's current development progress. In doing so, it also brougin 2023

"As we are closing in on a very big milestone the road to launch becomes clearer, and we find ourselves with a large body of text and our logos at the bottom. Keeping in mind our two main priorities -- quality of life for our team and quality of the finished game -- we can now confirm that Sea of Stars will be released in 2023," the studio announced. "We understand waiting is a big ask, and want to sincerely thank our community for the overwhelming support and positive vibes. In the meantime, we are looking at options to get a playable slice out to everyone this year."

In case you're unfamiliar with what Sea of Stars even is, as mentioned, it's an RPG that is meant to emulate what was seen in some of the most popular games from the genre back in the 1990s. Specifically, Sabotage itself has cited Chrono Trigger as a major influence. In fact, Sea of Stars will even feature original music by Yasunori Mitsuda, who is the composer behind Chrono Trigger. So if you grew up playing games in this style, Sea of Stars might definitely be up your alley.

Pity for now. Hope it's worth the wait though