4.5
The popular (now) free-to-play battle royale video game PUBG: Battlegrounds is officially getting a new map next month. The developers at PUBG Studios and Krafton have been teasing the new map, called Deston, for a bit and finally fully revealed it over this past weekend. The new map, which is apparently the "largest, tallest and densest map the game has ever seen," according to Krafton, is set to launch on July 13th.

"Deston is the largest, tallest and densest map the game has ever seen.Throughout a match on Deston, players will experience dense urban settings with tall vertical buildings to rolling hills, plains and newly designed swamps," Krafton says of the new map. "The map aims to deliver the sweet spot between fun gameplay and immersing players in realistic battlegrounds. Deston will challenge players to learn each biome of the map to understand how it will challenge them to consider different gear, vehicles and cover in order to claim a Chicken Dinner."

You can check out a look at some of Deston's map below:

A sneak preview of Deston and how the world will be different to the previous maps! Knowing your battlegrounds will surely give you the upper hand in combat. pic.twitter.com/BA7wgCVzyM


And here's a detailed aerial map of Deston, straight from Krafton: 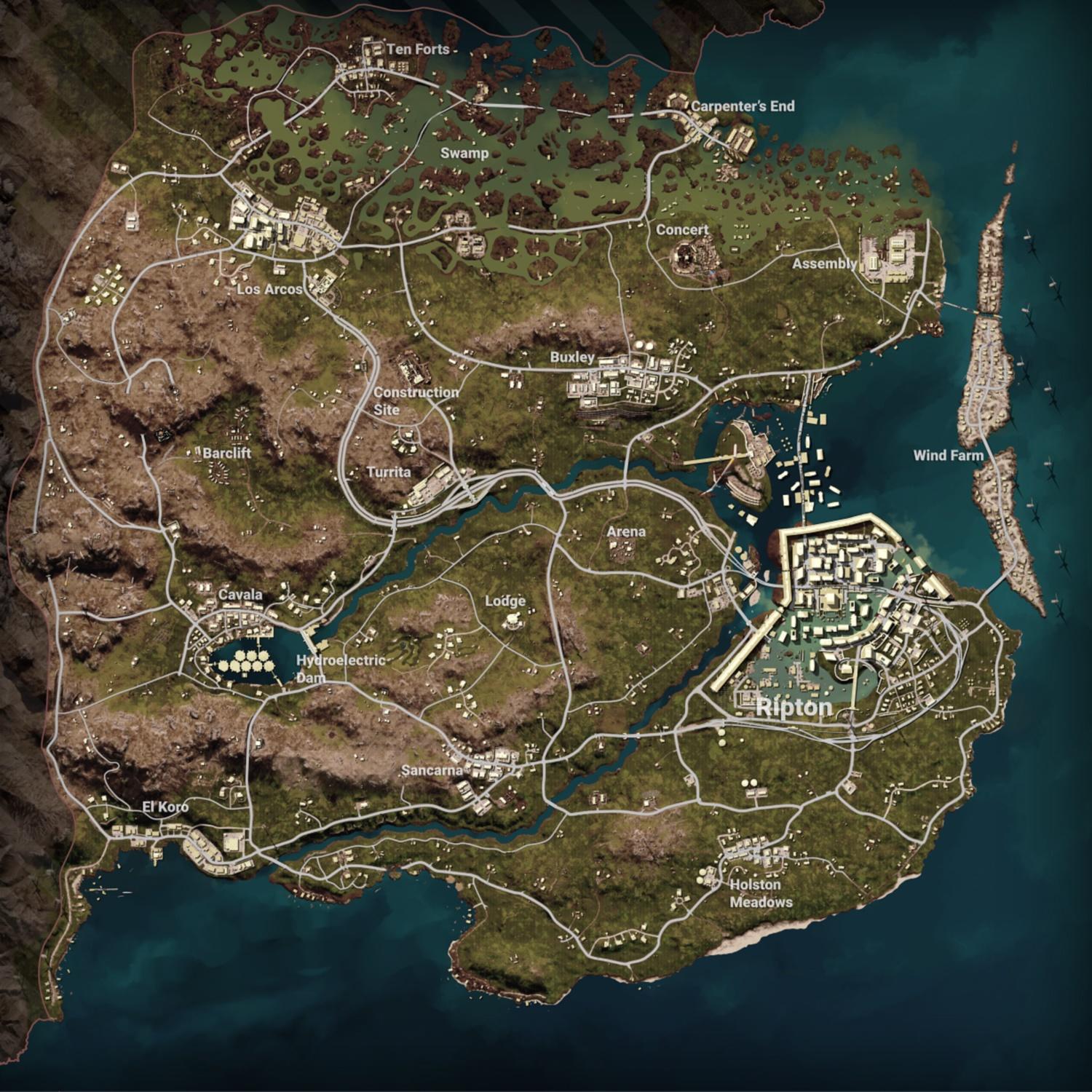 In addition to just being very big, the Deston map includes a number of firsts for PUBG: Battlegrounds. For example, the first swampland in PUBG: Battlegrounds exists in the northern part of the map, there's a giant chicken balloon in the Concert District, and new motorized pulleys called Ascenders are attached to the walls of certain buildings to allow players to traverse to the top and back down with ease. But if players want to go ahead and jump off, a new always-on Emergency Parachute can be deployed to let them land safely. There's a bunch more of Deston details that the developers covered in a recent stream, for anyone interested.

could never get into this game

hope to see a new fitz video on this map