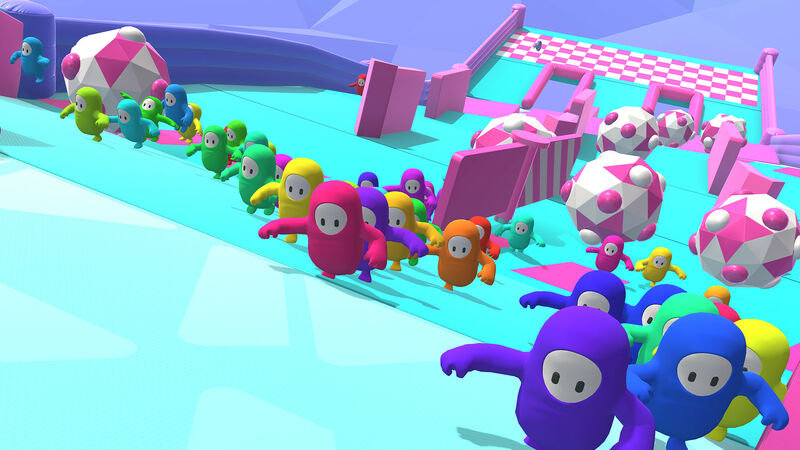 The milestone comes just 48 hours after the fun, frenzied bean-flavored battle royale went free-to-play across all platforms(opens in new tab), including Nintendo Switch and Xbox consoles, on June 21.

"MASSIVE THANK YOU TO ALL WHO HAVE STUMBLED," the game announced in its usually cheeky style on social media. "We reached an incredible 20 million players in the first 48 hours of Free For All!

"See you this weekend my beans!"

MASSIVE THANK YOU TO ALL WHO HAVE STUMBLED

We reached an incredible 20 million players in the first 48 hours of Free For All! 🙌

...see you this weekend my beans! pic.twitter.com/uCUN8Kx5wt


Cross-play, cross-platform parties, and cross-progression are now available across all versions through Epic Online Services on Nintendo Switch, Xbox One, Xbox Series X/S, PS4, PS5, and PC, although you will require an Epic Games account on all platforms to log in and start having fun.

There have been some changes, though, and some important fine print for those platforms, too. As Austin told us at the time, while existing Steam players will continue to get all updates going forward, Fall Guys stopped being available to download on Steam for new players after June 20(opens in new tab) and has moved exclusively to the Epic Games Store.

On the plus side, PS5 players received a free new-gen upgrade "bringing faster load times and other performance upgrades to your fabulous next-gen box of tricks" which was a nice surprise for Bean fans playing on PlayStation consoles.

To celebrate the news, there's also now an all-new "supercharged" Season Pass which can be purchased with the new currency Show-Bucks, although Mediatonic has confirmed that "the game’s free progression path will remain in place, along with the existing currency, Kudos".

The new Season 1 - called Free For All, which is exactly what it says on the tin, of course - is said to be "Fall Guys' most jam-packed and blunderful season yet," throwing the game's iconic beans into "a giant arena to compete for ultimate glory in brand-new events and locations". The game's first Season Pass also comes paired with a free Legacy Pack given out to existing players "which contains a bunch of spangly cosmetic items and the first Season Pass for free".

with the help of fortnite for free items lol

They are doing better now cause the game s free