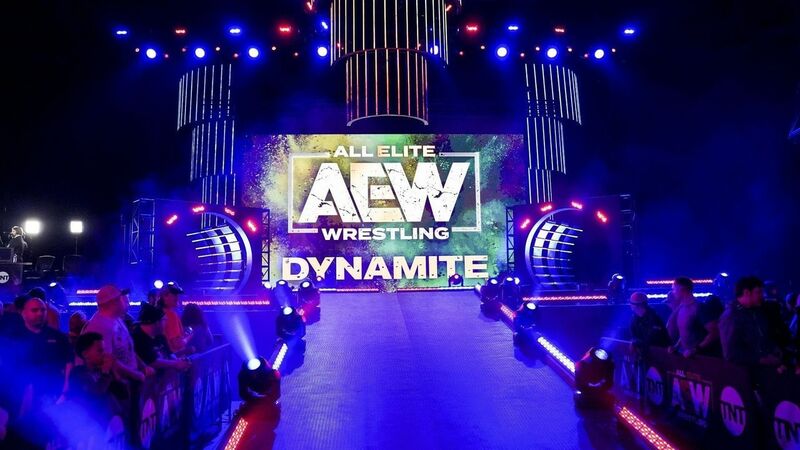 4.3
Hype is building for AEW's first-ever video game, which is reportedly titled AEW Fight Forever, though we still don't have that much in the way of details for it. In a new interview with Sean Ross Sapp of Fightful, Kenny Omega revealed more details about his role in the development process and overall progress on the game, which seems to be moving along smoothly after some initial hurdles. Omega said some of the elements that looked as if they would be left on the cutting room floor are now going into the game, and he is hopeful they can deliver the game this year, so good news all around it would seem.

"It's great that people are excited, that makes me happy. It was really challenging because I wasn't sure what I could do, what I would be able to do. From a creative design standpoint, how I communicate my ideas, are they going to be understood? Is it going to be too off the wall? Are my ideas too broad, too grandiose for the budget? These are things I never knew going into the project," Omega said.

"It's now to the point where we've talked about what we can do and what we have the time and budget for. Now, it's almost time for me to find something else within this project to do because the creative process is almost complete where, we know how the matches will flow, we know some of the systems, we know the action and reaction type stuff. It's now in a process of being tuned and finely tuned from there," Omega said.

"Still, a lot of stuff to implement, but our guys at Yuke's are working at a blistering pace. It's incredible the amount they are doing within a 24-hour period. It just seemed like, out of nowhere, a light switch went off and they went into hyper mode. They're working real fast. Some of the stuff we were worried might be on the cutting room floor is now getting implemented. It was a challenge to attempt to make a brand new wrestling game, from the ground up, during the COVID era. It was very challenging. It got to a point where it seemed bleak and maybe we would never release this thing, but we kind of got past that, and with the go-getters at Yuke's and the guys on our side and Geta [Hideyuki "Geta" Iwashita] and his old contacts that have hopped on board and helped push us to the finish line we, hopefully, can be on schedule to make sure we get this game out by this year. Hopefully. Fingers crossed," Omega said.

From reports and official confirmations, the roster includes many of the big names and fan favorites AEW fans are familiar with, though some of the more recent additions might not make the initial roster. That said, Tony Khan told The Corner podcast with Andreas Hale that more will be added through DLC as they go.

"So we'll have a great roster when we launch, and then we'll still be able to add people through DLC as we go, but making sure we get the best possible roster when we start. We've signed so many wrestlers in the last year, especially in the recent months. We may not be able to get every single person in, but people that have signed pretty recently, we're still trying to get some of the biggest names in because we think that's the best chance for the launch of the game is to have some of the biggest stars in the world of wrestling in the game, and we already had a lot of them, and we're adding more."

CalicoReidso Never got into the wrestling games

I should one day try this out

Never got into the wrestling games

I should one day try this out

cant wait I hope it has some tna game vibes, I loved the tna game as a kid it got to much hate smh