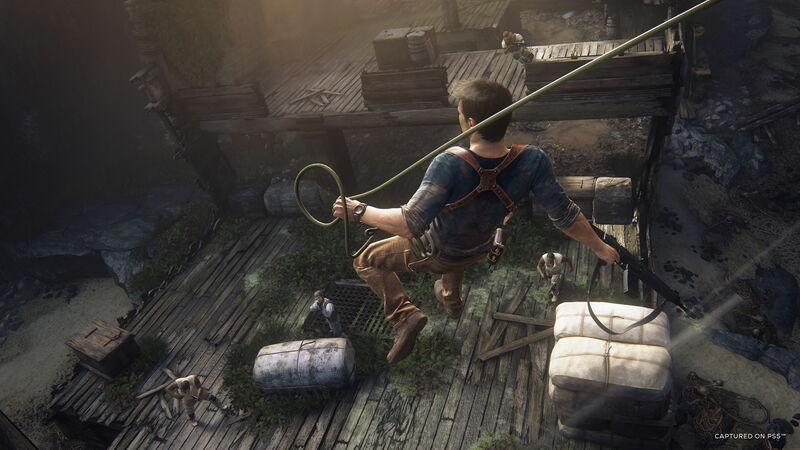 4
The PC release date for Uncharted: Legacy of Thieves Collection may have leaked via Steam. A few years ago, Sony began pushing some of its best PS4 games to PC. Xbox had embraced this strategy toward the middle of the Xbox One generation, eventually opting to release all of its first-party titles on PC on day one. It has worked out quite well, giving Xbox a larger player base to tap into not only its games, but also services like Xbox Game Pass. PlayStation has tried to emulate this in a different way by selling some of its best games years after they release, typically right before a sequel or some other relevant release. Later this fall, Sony will release Marvel's Spider-Man on PC and even has plans to release The Last of Us Part I on the platform as well.

One other highly anticipated PC release from PlayStation is the Uncharted: Legacy of Thieves Collection. The game already came to PS5, but was also announced for PC a while ago. Sony has yet to announce a release date for the PC version, though dates have leaked a number of times. With that said, a new leak suggests the game is coming this fall. According to SteamDB, Uncharted: Legacy of Thieves Collection will release on October 19th, 2022. Of course, this could be a placeholder, an error, or any number of things until officially confirmed. As of right now, there's really no way to predict when this could release outside of this leak as the Uncharted film has come and gone and there are no games in the franchise planned for release anytime soon.

UNCHARTED: Legacy of Thieves Collection for PC may release on Oct 19th, according to SteamDB. No release date has been officially announced https://t.co/y4e3nHXsIq pic.twitter.com/3IDQ01KRYt


It's also unclear why the port is taking so long, but hopefully, it will all be for good reason and in name of a good port instead of a controversial one. The Uncharted series is one of the most beloved PlayStation franchises, so naturally, PC players are eager to get their hands on it as well, but they'll have to keep waiting for the time being.

PC gamers are going to love this collection

lets go Pc gettin hooked up this and the spiderman