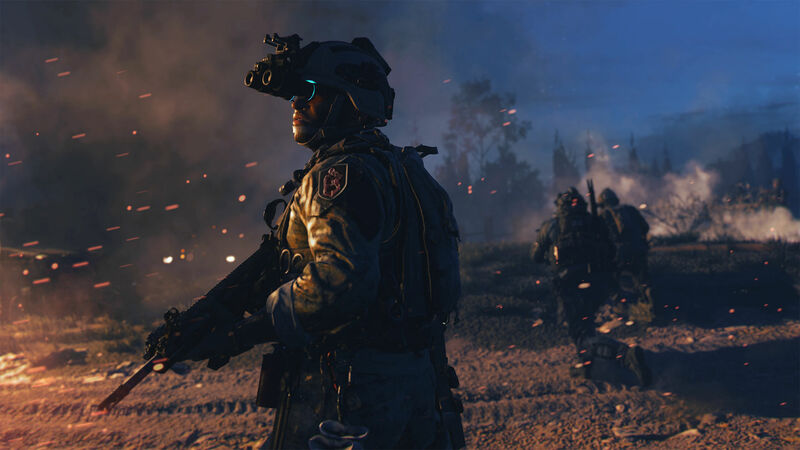 3.7
A prominent Call of Duty insider and leaker has potentially leaked the next big thing in COD that will release in Q1 2023 via Call of Duty: Modern Warfare 2. According to this insider and leaker, Infinity Ward -- the studio working on this year's new COD -- is working on an RPG experience under the codename "Project Nexus." The report notes this has become a big focus at Infinity Ward, with "virtually" every Activision-owned studio contributing towards the project in some capacity.

The report/leak comes the way of Ralph Valve, one of the best and most prominent sources when it comes to Call of Duty, who claims the experience has been in development in some shape or form for roughly four to five years. Unfortunately, this experience won't be ready for the game's release. All that will be ready at launch, according to the leaker, is the single-player campaign, multiplayer, and an "all-new co-op experience." This will then be followed up by Warzone 2 in December, and then in 2023, this new mode.

Ralph Valve describes the 2023 mode as an open-world experience that continues the story from the game's campaign, "chronicling particular characters, fronts, and quests, incorporating aspects of PvE and PvP events." Beyond "open-world" and "RPG" not much else is said about the mode, other than that it's inspired by Escape From Tarkov.

When the mode does release, it's claimed it will be in Beta form, with the game only being in pre-alpha currently. That said, this is if things stay the course. The leaker claims the development of the mode has been "shaky." Further, its release timing is partially dependent on the success of Modern Warfare 2 and Warzone 2.

The report concludes by claiming a reveal of the mode could come this August. This is also when an Open Beta for the game's multiplayer is expected to happen, so a reveal of the next big thing for Call of Duty makes sense for August as there will be palpable excitement for the brand, assuming the Open Beta is competent.

All of that said, take everything here with a grain of salt. While the source has proven reliable and reputable on several occasions in the past, nothing here is official. Further, even if it's all completely accurate, it's also subject to change.

Sounds all good. best to wait for the gameplay trailer to have a better look at it

man I just wish the real mw2 would come back out