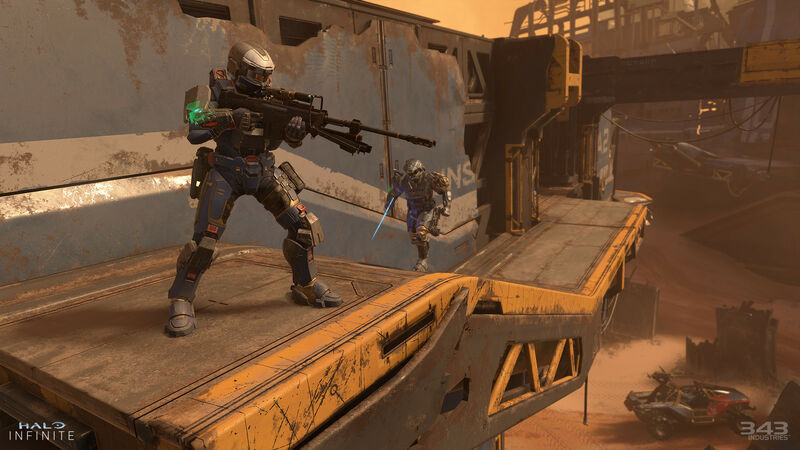 3.3
A new Halo Infinite rumor is making the rounds about the game's campaign, which is said to be getting DLC, but not anytime soon. With no Forge mode and multiplayer missing some content, the campaign may be the most compelling part of Halo Infinite, even if it doesn't support co-op, at least not yet. That said, it's not very long, and many Halo fans would love to see more content added to it. If the aforementioned rumor is true though, these fans hoping for more campaign content are going to have to endure a long wait.

According to Sean W over on YouTube, 343 Industries is working on DLC content that will take players to a "varied" world and have them fighting again the Endless. That said, this content won't be ready until "after 2024." Considering we are only halfway through 2022 that's a very long wait. The only other added detail is that Joseph Staton is in charge of its development.

Unfortunately, this is the extent of the rumor, which is very brief. At the moment of publishing, 343 Industries, nor Xbox, nor any specific individual involved with either has addressed this rumor in any capacity. If this changes, we will update the story accordingly.

Halo Infinite is available via Xbox One, Xbox Series S, Xbox Series X, and PC. While it's multiplayer is free-to-play, you have to either buy the game or have Xbox Game Pass to play its campaign.

"Halo Infinite is the best Halo game that 343 Industries has made so far," reads the opening of our review of the game. "That's a sentence that I hoped to be writing when Halo Infinite was first announced all the way back in 2018, and while it took longer than expected for the game to arrive, 343 has really done a bang-up job on all fronts this time around following the maligned Halo 5: Guardians. Across both its campaign and multiplayer offerings, Halo Infinite finds a way to push the franchise forward in new, meaningful ways while also staying true to what Halo was when it first arrived on the scene 20 years ago. The final product is a game that is simultaneously seeping with nostalgia while also feeling like the next generation of Halo that we have been waiting for.

these games are always better for story mode

Campaign for this game would be the best way to go