Vanguard May Get More Classic Zombies Maps After Shi No Numa 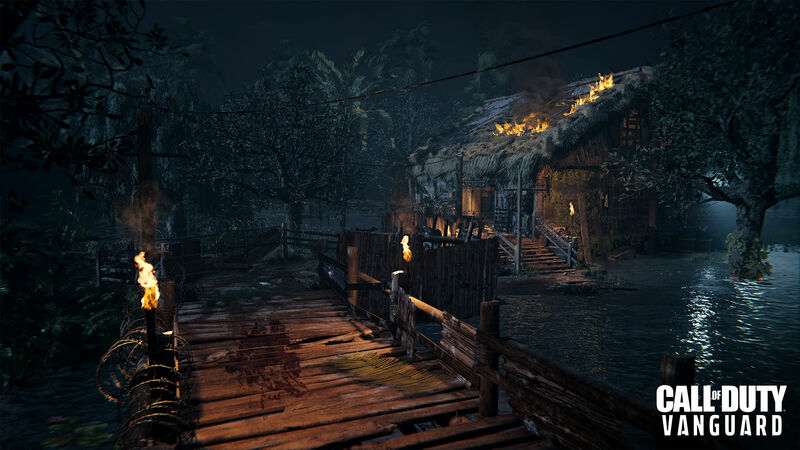 4
Call of Duty: Vanguard may have been a bit of a dud in the eyes of longtime fans, but its zombies mode is making a bit of a comeback thanks to some classic Treyarch maps. It was recently confirmed that World at War map Shi No Numa is coming to Call of Duty: Vanguard along with round-based zombies, something that is a staple of the franchise, but wasn't really found at the launch of Vanguard. The newest entry in the series had a bit of a rocky development, so some things got streamlined, and zombies appeared to be one of them. For the first time ever, Treyarch (the creators of Call of Duty zombies) developed a version of zombies for another developer's game and made it more of a series of mini-objectives rather than horde-based survival.

Thankfully, Treyarch confirmed it will be bringing back Shi No Numa, one of the most beloved zombie maps out there, alongside round-based zombies. It doesn't sound like they'll be stopping at Shi No Numa, though. YouTuber MrDalekJD noticed that a blog post stated that Shi No Numa will be the "first" of classic maps coming to Call of Duty: Vanguard and when he pointed out that this suggests there will be more, the Treyarch Twitter account responded. The account replied with an eyeball emoji, seemingly confirming MrDalekJD's speculation. Of course, until another map is outright confirmed, don't hold your breath.


Anything can change, especially as Call of Duty: Modern Warfare II is right around the corner and will be the primary focus for Activision once it releases. Whether or not there will just be one more classic map or multiple remains to be seen. There's also a plethora of iconic maps for Treyarch to choose from, so it'll be hard to pinpoint which one the developer wants to implement into Call of Duty: Vanguard. It seems likely that they'd probably use a WW2 map since that's the setting for Call of Duty: Vanguard, but that's pure speculation.

"Vanguard May Get More Classic Zombies Maps After Shi No Numa" :: Login/Create an Account :: 3 comments

I've actually enjoyed shi no Numa. It's the best version. By far. However, I wouldn't waste money on buying the game. Despite "new maps" coming, it's still not worth it.

Stop now, no more zombie maps. game is getting boring with all this zombie trash nowadays

It's fine man we don't want it your zombies is trash