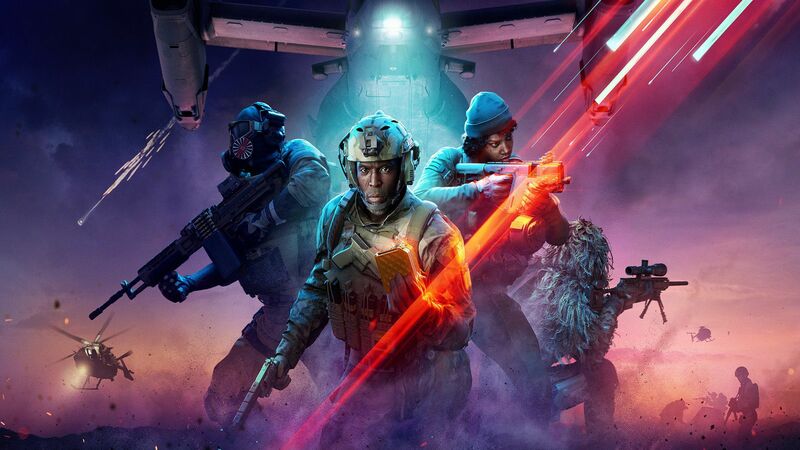 4.3
EA and DICE released Battlefield 2042 to significant blowback towards the end of last year, and many fans have yet to return to the game despite receiving several updates. Even though Battlefield 2042 has been the source of multiple controversies since its November launch, DICE has confirmed that it remains dedicated to Battlefield 2042.

During a recent interview with Games Industry Biz, DICE Chief Rebecka Coutaz clarified some details about the studio prior to Battlefield 2042's launch, the overall response from players, and how the team has improved the FPS since. Among the problems with the community that Battlefield 2042 ran into on launch include negative Steam reviews and review bombing on Metacritic that accused the buggy game of being unplayable due to several in-game issues. Although this may have affected early sales of Battlefield 2042, DICE isn't giving up on the live-service title and will be focusing on improving the title for some time before moving on to the next installment.

EA has confirmed that the next Battlefield title will be a hero shooter, but many DICE developers continue to add to and fix Battlefield 2042 through content updates and hotfix patches. According to Coutaz, some internal shuffling may have resulted in a development lull as leaders like General Manager Oskar Gabrielson, Head of Design Fawzi Mesmar, and Head of Content Johannes Soderqvist left DICE around Battlefield 2042's launch. Coutaz has stated that the work that has been done on Battlefield 2042 Season 1 has resulted in positive fan feedback and team morale is up lately after DICE took a step back to see what was working and what wasn't.

Rebecka Coutaz credits many of the positive strides DICE has taken lately to the team's work in the last five or six months, with Battlefield 2042 Season 1 accounting for a lot of the improvement to the game. Coutaz stated that DICE wants to improve core gameplay above adding to Battlefield 2042 because the developer was disappointed with the game's launch in addition to the frustrated fans. "We are only focusing on Battlefield 2042," said Coutaz. "In three years, we want to be the first-person shooter powerhouse that DICE deserves to be, and that is what we're going for."

Given that many Battlefield 2042 critics have purchased the game and since taken a step back, DICE may be able to bring them back with new content with the developer staying focused on the latest Battlefield title. Although Battlefield 5 has been consistently more played than the recently released Battlefield, Battlefield 2042 sold nearly 5 million copies in one week. This gives DICE developers a sizable set of players to entice to return with a seasonal update or upon fixing more major issues. Because Rebecka Coutaz referenced the next three years as an opportunity for the DICE team to become an FPS "powerhouse" again, fans that stepped away may return to a better game by the time the rumored hero-based Battlefield shooter releases.

man this game really flopped and got the hate lol