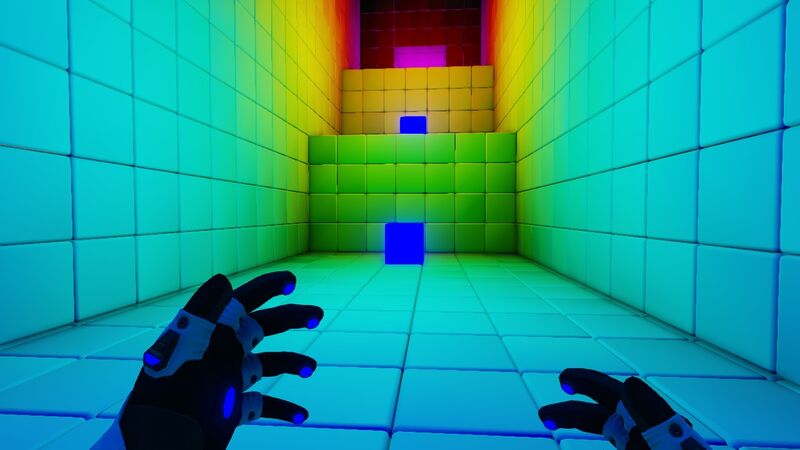 “We’ve built Q.U.B.E. 10th Anniversary entirely from scratch,” says Dave Hall, Creative Director. “We didn’t just want to paint on some prettier visuals to the game – we wanted to completely reimagine Q.U.B.E.’s world and offer fans, new and old, a fittingly significant improvement in visual quality. We’ve also listened to the amazing feedback we’ve had over the course of the last ten years to fix some of the puzzles we found just didn’t work as we’d intended, as well as adding a completely new chapter, Sector 8. We can’t wait to see what people make of it all.”

The features of QUBE 10th Anniversary includes both the original levels from the 2012 QUBE as well as from 2014’s QUBE: Director’s Cut. In addition, a new chapter called Sector 8 has been added which will add an additional 4 to 6 hours of puzzling gameplay to get through, improved visuals due to the game being rebuilt, developer commentary as the devs discuss how the game was made, and a number of extras like artwork, screenshots, and a fully playable soundtrack.

QUBE 10th Anniversary will be available on PC, PS5, PS4, Xbox One, Xbox Series X|S, and Switch at some point in the summer. But that is not all. QUBE 2 is also getting released on PS5 and Xbox Series X|S as well.

I will put this on my wishlist now