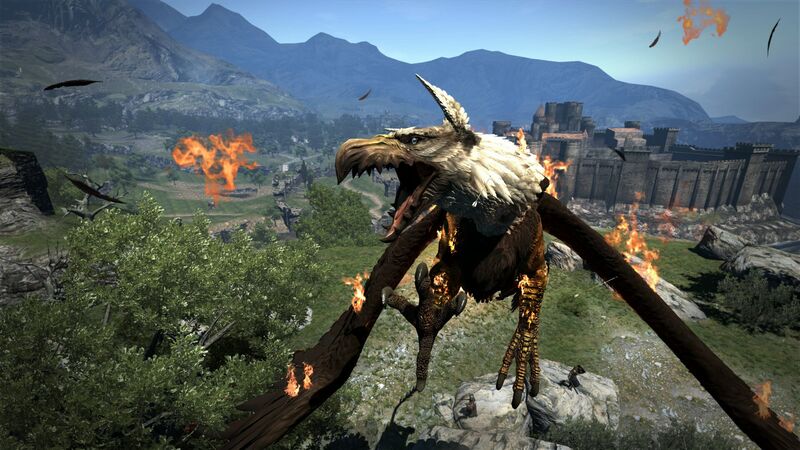 During a 10th anniversary stream on Thursday, the publisher confirmed that a sequel is currently in development.

“Sorry to have kept you waiting,” said director Hideaki Itsuno, who also helmed the original game, during a live stream. “Dragon’s Dogma 2 is currently in development!

“Everyone in the development team is hard at work creating a game that we hope you will enjoy! Please look forward to it!”

No game details were revealed during the stream, beyond the logo embedded above. In a follow-up statement, Capcom said that Dragon’s Dogma 2 “will begin the cycle anew,” and confirmed that the sequel is being developed using its RE Engine.

In addition to Itsuno, who also directed Power Stone and entries in the Devil May Cry series, Dragon’s Dogma art director Daigo Ikeno and Capcom level designer Kenichi Suzuki also appeared during the sequel announcement, suggesting that they’re working on the project.

The original action RPG was released for PlayStation 3 and Xbox 360 ten years ago, in May 2012.

The series hasn’t been dormant since then though: An expanded version of the game titled Dragon’s Dogma: Dark Arisen was released the following year before being ported to PC in 2016, PS4 and Xbox One in 2017, and Nintendo Switch in 2019.

Dragon’s Dogma II will begin the cycle anew.
Join director Hideaki Itsuno as he reflects on how the world of Gransys came to be and shares the announcement of the upcoming sequel, in development using RE Engine:
🐉 https://t.co/Q2HSN1fCji pic.twitter.com/JPp117xuOX


References to Dragon’s Dogma 2 were included in both a Capcom data breach in November 2020 and an Nvidia Geforce Now leak in September 2021.

Capcom had recently suggested during an investor relations Q&A that it could revive some of its dormant game series.

When asked earlier this year specifically what plans the company has for its dormant IP, Capcom responded: “We are currently putting together plans for our pipeline based on-demand data from the market.

“Going forward, we will continue to take customers’ wishes into consideration while devising our title lineup.”

It was worth the wait. Just hope it sells well for them

aw not the dogma i wantt lol