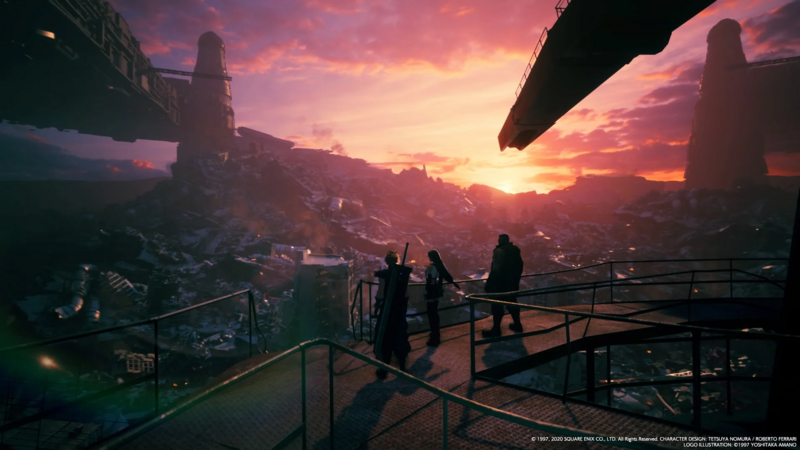 4.8
Final Fantasy 7 Remake is officially confirmed to be a trilogy now. When Final Fantasy VII Remake was revealed, it was confirmed it would launch in multiple installments. Square Enix didn't want to compromise on the epic story, so they agreed they would make multiple massive, in-depth games that covered the story and events of the original Final Fantasy VII. At the time, it was believed it would be split down the middle, like a large-scale movie with two parts. It turns out, Square Enix is thinking a lot bigger than that and wants to make sure they really do this story the justice that it deserves.

During the Final Fantasy VII 25th anniversary stream, Square Enix revealed Final Fantasy VII Rebirth, the second part of the remake and confirmed it would release exclusively on PlayStation 5 next winter. The story won't stop there, though. Final Fantasy brand manager and executive producer Yoshinori Kitase confirmed that this remake would now be a trilogy, but didn't share any details about the third game. It was described as the "final title", which should put any speculation about any other games to rest.

It was also confirmed that work on the third game has begun, so maybe it won't be as significant of a wait between games, though no release window was given. Square Enix also confirmed a remaster of Crisis Core: Final Fantasy VII is coming this winter, so there will be no shortage of new content pertaining to the beloved game. Although Crisis Core has been confirmed as a multi-platform game, Square Enix has not made any mention of the remake trilogy coming to Xbox or Nintendo, which may upset some fans.

The more parts the better

I wonder how many they're actuall releasing? :hmmm: