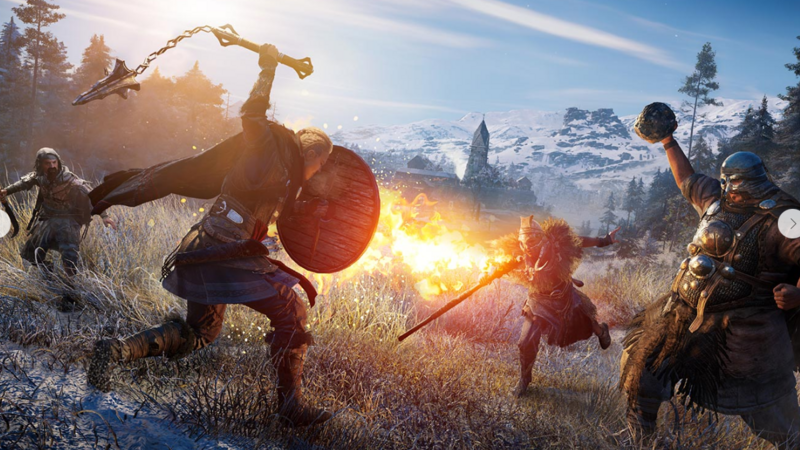 4
Assassin’s Creed Valhalla is coming to an end, with its next DLC marking the end of the story of Eivor. Yes, after almost two years of hacking, slashing, and pillaging, Ubisoft’s long-running, open-world viking game will close out at the end of 2022, with a final chapter which players will get for free.

It’s been a long road for our burly, Nordic heroes, beginning with the original Valhalla in 2020, followed by the Wrath of the Druids, the Siege of Paris, and most recently, the Dawn of Ragnarok DLC in March. Ubisoft, however, is looking to the next era of Assassin’s Creed – in a livestream celebrating the series’ 15th anniversary, the developer explains that a “very special event” will reveal “the future of Assassin’s Creed” this September, likely marking the announcement of upcoming games, as well as the “last episode of the story of Eivor.”

Nevertheless, this free, last chapter will hopefully serve as a fitting end for our favourite Norse warrior. No specific release date has been set, but we expect Eivor’s final outing to focus on her latter day exploits, possibly taking place in Vinland, the Viking name for coastal North America.

But just because her story is coming to an end, it doesn’t mean Eivor is done swinging an axe and slaying demons. In the same livestream, Ubisoft announced The Forgotten Saga, an additional, rogue-like experience for Assassin’s Creed Valhalla, which sees Eivor descend into Viking hell to face off against death itself.

There are also rumours of a new standalone game based around Basim, the sage who Eivor meets in England. That game, codenamed Rift, is allegedly set in the city of Baghdad, and rather than a full open-world, will be more linear and self contained, and focus heavily on stealth gameplay.

It’s hinted to release at either at the end of this year or the beginning of 2023. We will hopefully find out for sure, as well as more details about the future of Assassin’s Creed, in September.

Discovery Tour: Viking Age is the one to deliver the mode’s potential

Time sinks like AC Valhalla are ruining games, not microtransactions

Assassin’s Creed Valhalla adds Basim’s sword, but you need to play this week to get it

About time, because it's a one long ass game with all these DLCs ffs