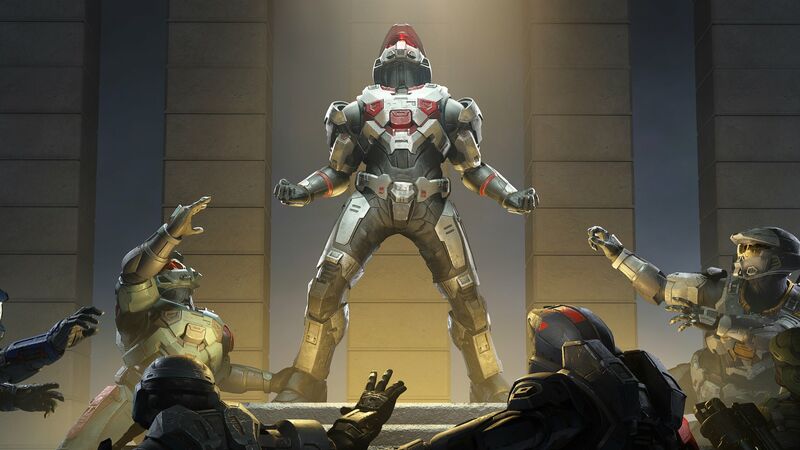 3.6
A new Halo Infinite update is live alongside patch notes, which in turn reveals that 343 Industries has made changes to both the game's campaign and multiplayer, in addition to quality-of-life improvements and general fixes. Unfortunately, there's nothing major with the update, nor is there any new content. Some of the more notable changes includes tweaks to grenades, improvement to stability on Xbox One, and a tweak to Ranked Arena matchmaking.

What we don't have is information on whether or not the update is game side or player side or, in other words, if it requires a download from the player or not. Of course, because we don't have this information, we also don't have any information about what the potential file size is. That said, we do have the patch notes, which you can check out below:

RESOLVED ISSUES
The following changes were made in the June 14, 2022 Drop Pod.

GLOBAL
Season 2 artwork has been added to loading screens across the game.

All changes to Target Frame Rate in the Settings tab are now reflected in-game for Xbox Series X and Series S users.

Load times for the Battle Pass, Challenges, Customize and Shop menus have been improved.

The volume of the Disruptor's supercombine has been reduced when heard from a distance.

Music now plays consistently in the mission Conservatory and in the main menu.

MULTIPLAYER
The Ranked Arena matchmaking playlist is now unlocked by completing 25 matches in other non-Ranked playlists. This change will not apply to players who have already completed 25 non-Ranked matches prior to this update. Due to this change, some players on older versions of Halo Infinite will receive an "Unknown error" when searching in the Ranked Arena playlist. Download this Drop Pod update to continue playing Ranked Arena in matchmaking.

Xbox One stability has been improved to reduce instances of players not entering matchmaking sessions normally.

Grenades exploding, respawning, and other effects will no longer repeatedly occur during gameplay.

Enemies can no longer be pinged when a wall or another obstacle is blocking them. A direct line of sight is now needed to ping an enemy's location.

ACCESSIBILITY
Various issues tied to the User Interface (UI) Narration option in the Accessibility tab of the Settings menu have been resolved. For example: All sent messages in the chat window will now be read aloud as the user scrolls up or down through chat history. Players will now be informed when the chat window has been opened and closed. Narration now indicates where to invite players in the social menu. Instances of blank messages when text-to-speech is enabled have been resolved.

The text chat window will now consistently show the latest messages received. This issue may still occur if Speech-to-Text is enabled in the Accessibility tab of the Settings menu.

Does anyone still play this trash? LMAO