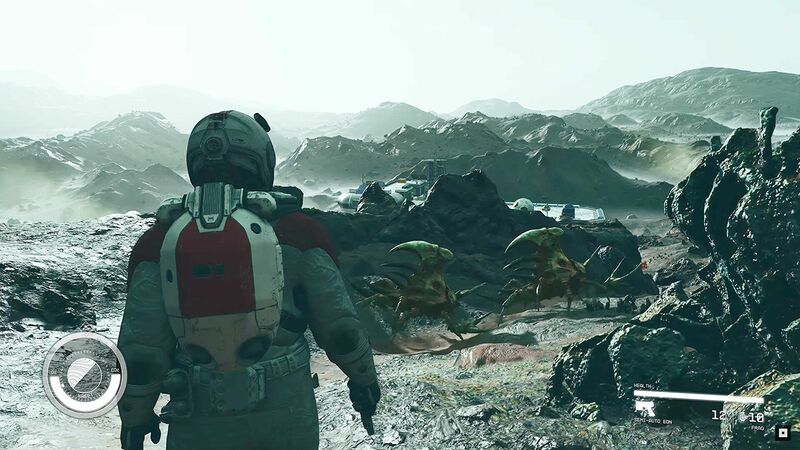 4.4
Bethesda Game Studios has confirmed that Starfield won't contain a controversial feature that was seen in Fallout 4. Back when the latest mainline Fallout game launched in 2015, it brought with it a new change to the franchise's dialogue system. Rather than merely talking to other players in-game via text options, the player-controller character had an actual voice that they would use to communicate. And while this is something that many fans were divided on, Bethesda has now confirmed that this aspect won't be coming back in Starfield.

In a recent statement on social media, Bethesda Game Studios made clear that dialogue sequences in Starfield take place entirely from the first-person perspective. To go along with this, your own character doesn't have an actual voice to speak with. This means that the responses you make during dialogue sequences will be based solely on the written options that are laid out before you.

Yes, dialogue in @StarfieldGame is first person and your character does not have a voice. pic.twitter.com/A8384m6rGN


Even though Starfield is Bethesda's first major "next-gen" game, this change is one feels a bit odd since it's doing away with a prominent new addition that came to Fallout 4. Titles like Skyrim, Oblivion, Fallout 3, and others all contained the same sort of dialogue system that will clearly be in place within Starfield, which means that the game is somewhat going backwards rather than building on what saw in the studio's most recent open-world RPG. Still, the voice acting in Fallout 4 was something that many longtime Bethesda fans didn't really love, so to see that Starfield is going back to how things used to be will likely excite quite a few people.

For now, Starfield still doesn't have an actual launch date but it's slated to arrive at some point in the first half of 2023. When it does release, it will come to both Xbox Series X and PC.

I'm really glad they have removed this feature