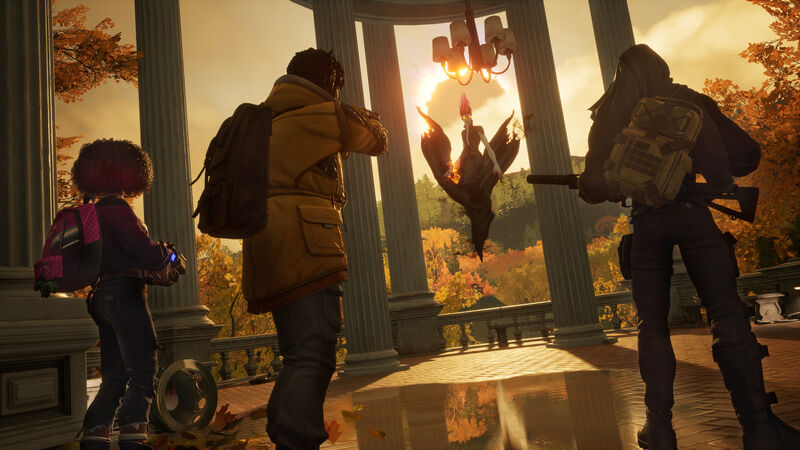 In an interview with Polygon(opens in new tab), Harvey Smith shared that he hopes the latest Redfall gameplay trailer, which debuted at the Xbox and Bethesda showcase 2022 last night, will stop the game from being referred to as a Left 4 Dead-like. "[The trailer] should put all the Left 4 Dead comparisons to rest," Smith said in the interview.

The showcase gave us a new Redfall gameplay and overview trailer as early as the opening few seconds of the presentation. In it, we were introduced to the main players of the game including narrator Layla Ellison, who has the power of telekinesis, sharpshooter Jacob Boyer, Remi De La Rosa who has a little robot sidekick, and Devinder Crousley, a self-proclaimed Cryptozoologist.

More importantly though, we got to see our first proper look at some Redfall gameplay, as well as a glimpse into the game’s story, which was just as intense and bloody as you’d expect from a vampire-centric shooter. We also got a good look at the kinds of vampires we’ll be up against in the upcoming shooter; as explained by Layla, "these aren’t just trashy, movie vampires."

Finally, we were reminded of Redfall’s new 2023 release date. Unfortunately, we still don’t have a firm date or even month to go off yet but that's understandable considering parent company Bethesda had to delay Redfall, along with its upcoming RPG Starfield, last month in order to give both teams more time to deliver the "best, most polished versions" of both titles.

We should expect to play both Redfall and Starfield at some point during the first half of 2023.

Doesn't want us to think? BUT... it is though