Grounded finally gets a full release in September 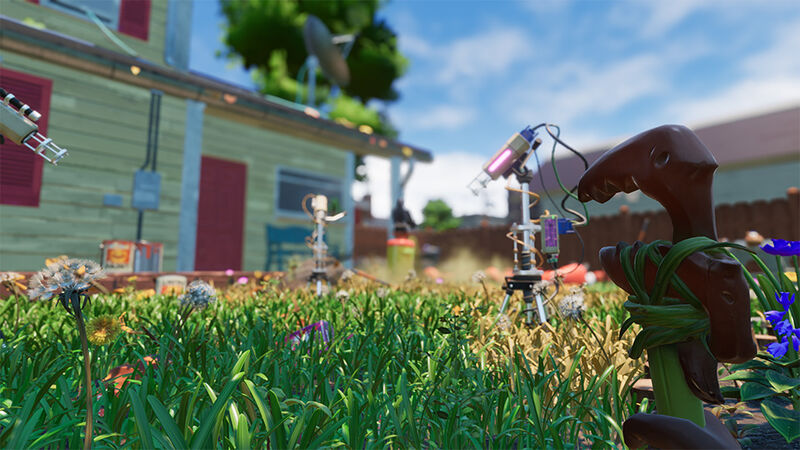 4.4
Obsidian's backyard survival game Grounded finally has a release date for its full 1.0 launch, officially taking the game out of early access in September.

Somewhat weirdly, today's announcement trailer doesn't include a specific release date - just that general September window. Still, it's exciting to hear the acclaimed survival game is getting its full launch soon, more than two years (and 12 updates) after its early access launch.

Grounded 1.0 will add several major updates to the core game, including a new "upper yard" area of the playable map, new armor recipes, new weapon recipes, and the giant Mantis boss. It will also feature the conclusion to the story, revealing what happened to shrink the kids down to bug size.

As part of today's announcement(opens in new tab), the developers at Obsidian have also revealed that the game has had over 10 million players so far.

Grounded is available via PC and Xbox Game Pass right now, and will continue to be available through those services after launch. You can also purchase it as a standalone release on Xbox Series X and S, Xbox One, and PC via the Windows Store and Steam.

Obsidian also announced Pentiment(opens in new tab) today, a 16th centure narrative adventure game with a striking aesthetic due to launch in November 2022. There were no updates on Avowed or The Outer Worlds 2, however.

"Grounded finally gets a full release in September" :: Login/Create an Account :: 2 comments

So, they've made a modern game with it being like "Honey, I've shrunk the kids"

This is going to be cool

This game has so much potential to be an amazing mess around game with friends but the initial release was so barebones and lackluster i was surprised they didn't label it an alpha.